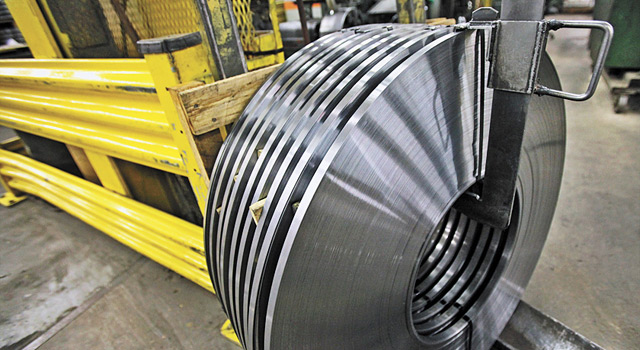 03 December, 2014
Print this article Font size -16+
The Supreme Court decision to scrap coal extraction permits has started telling on the country's industrial plans. After Naveen Jindal controlled Jindal Steel & Power shelved its Odisha unit plans last month, it was brother Sajjan Jindal's turn to announce on Tuesday (2 December) that JSW Steel Ltd has "put on hold" plans to build a steel plant in eastern India due to uncertainty in sourcing key raw materials such as iron ore and coal.

The nation's third-largest steelmaker had planned to build a 10 million tonnes a year steel plant in West Bengal state at an investment of Rs 35,000 crore ($5.66 billion).

Jindal Steel and Power Ltd, last month had decided to shelve a $10 billion coal-to-diesel project in Odisha after the court decision to scrap coalfields.

Jindal Steel's 1.5 billion tonne coalfield in Odisha was among 214 cancelled by the Supreme Court in September, when it ruled the practice of selective allocation was illegal and arbitrary. With nine coalfields taken back, the company has been worst hit by the tougher-than-expected verdict.

Naveen Jindal, the chairman of the company and youngest son of its founder, O.P. Jindal, said it seemed the government was not keen to support his plan of converting low-quality coal to 80,000 barrels per day of diesel. India is a big importer of crude oil that is refined to make diesel and petrol.

On Tuesday, JSW Steel also cited the Supreme Court verdict in September that scrapped most coal extraction permits granted to companies over the last two decades, after ruling the allocation process as arbitrary and illegal.

"Besides iron ore linkage for this project, the recent cancellation of coal mining concessions has added further uncertainty," JSW said in a stock exchange filing.

JSW, controlled by billionaire Sajjan Jindal, has been eyeing up supply of raw materials and even steelmaking capacity outside India, securing mining assets in Chile, Mozambique and the United States. It is also close to buying some steel mills owned by Italy's Lucchini and considering buying the privately owned Ilva steel plant, also in Italy.

In a similar push abroad, Jindal Steel and Power, controlled by Sajjan’s brother Naveen Jindal, has already bought coal mines in South Africa, Mozambique and Australia. It has also been looking for iron ore mines in Africa, its executives have said.