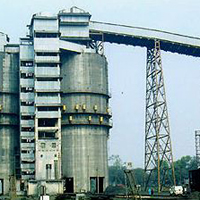 08 November, 2014
Print this article Font size -16+
Shares in Coal India Ltd gain as much as 4.1 per cent after Bloomberg news reported that the government plans to raise Rs 20,000 crore by selling part of its stake in the company.

The report, quoting a draft finance ministry proposal, said the government plans to sell a 5 per cent stake to the public and a similar holding to the company.

A senior finance ministry official with direct knowledge of the matter told Reuters the government was looking to raise Rs 18,000-20,000 crore via the stake sale, but was yet to decide the mode.

A senior Coal India official said, "We are not aware of this. Nothing has come to us."