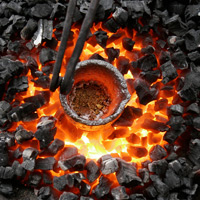 08 November, 2014
Print this article Font size -16+
Industrial groups like Tata and Anil Ambani's Reliance ADAG were allocated coal blocks despite not being recommended by the Power Ministry during UPA 1 when Prime Minister Manmohan Singh was heading the coal ministry, shows a list submitted by the Centre to Supreme Court today.

A day after the Supreme Court raised questions on how the companies, whose names were not recommended by Central Electricity Authority and Ministry of Power, were allocated coal blocks, the Centre placed a list of 11 such firms which were given blocks for end-use power plants.

The apex court had yesterday questioned the Centre over the functioning of the screening committee for allocation of coal blocks in which 11 private companies were allegedly preferred despite not figuring in the recommendations by competent authorities.

"What appears to be for sure is that the screening committee is not accepting the broad guidelines," it observed while hearing the issue of allocation of coal blocks by screening committee in 2007-08 when Prime Minister Manmohan Singh was holding charge of the coal ministry.

Referring to one screening committee decision, the bench said it needs explanation as out of 28 recommendations, it accepted 20 and rejected another 8 while adding on the application of 11 private companies for allocation of coal blocks on its own.

"Of the 28 recommendations made by the CEA and endorsed by the Ministry of Power, 20 were accepted by the screening committee and eight were not. Why was this?

What makes screening committee to add or include the 11 companies/applicants. Please look into it and tell us," the bench asked the Attorney General.