Clothes made of khadi for Ramlalla presented to UP CM

Clothes made of khadi for Ramlalla presented to UP CM

Lucknow (Uttar Pradesh) [India], February 16 (ANI): The clothes made of khadi for Ram Lalla were handed over to Uttar Pradesh Chief Minister Yogi Adityanth on Monday.
The clothes have been made by Manish Tripathi, a fashion designer, in collaboration with the Khadi and Village Industries Board of the state. 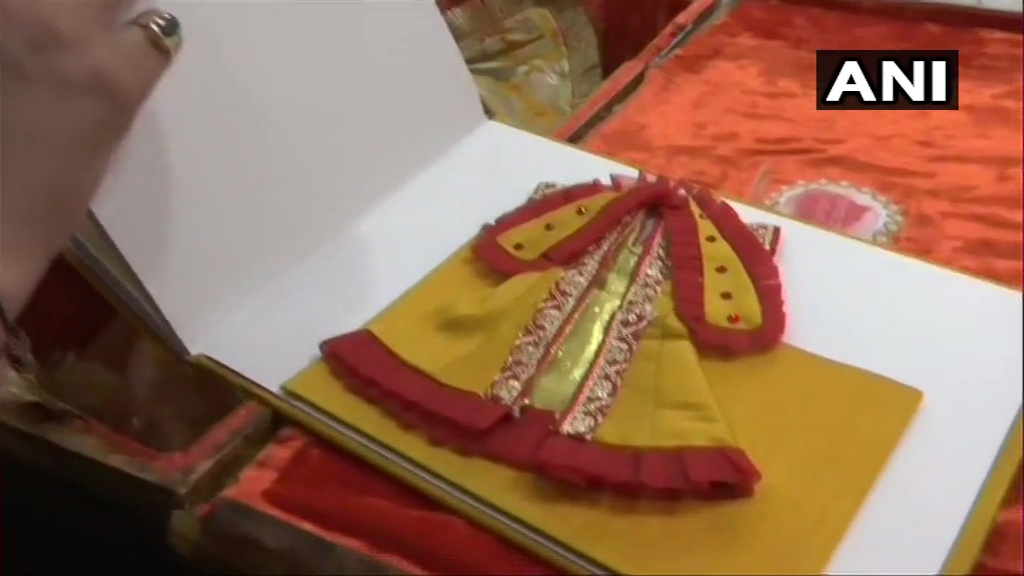 "The clothes will be presented to Ram Lalla on the occasion of Basant Panchami on Tuesday," informed Tripathi.
"A complete 'wardrobe' for an entire week has been designed for Ramlalla made up of Khadi fabric," Tripathi told ANI.
"This is an initiative to promote and create awareness about 'Khadi'," he said.
Shri Ram Janmbhoomi Teertha Kshetra Trust is conducting a mass contact and contribution campaign for the construction of the grand temple in Ayodhya, which began on January 15 and will go on till February 27.
On November 9, 2019, a five-judge of the Supreme Court bench led by then Chief Justice of India Ranjan Gogoi ruled in favour of Ram Lalla and said that the entire disputed land spread over 2.7 acres will be handed over to a trust formed by the government, which will monitor the construction of a Ram Temple at the site.
In February 2020, Prime Minister Narendra Modi announced the constitution of Shri Ram Janmbhoomi Teerth Kshetra, to oversee the construction of the Ram temple in Ayodhya.
On August 5, 2020, PM Modi performed the Bhoomi puja for the construction of the Ram Temple. (ANI)