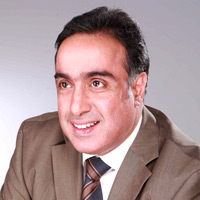 Once the explosion happens across all technologies such as 3G, 4G etc, Wi-Fi offloading will be required to tackle the choke points in the operator's network.

When we talk of raw data usage, it not the 'total capacity' that causes congestion, it is the peak capacity. 15 per cent of cell sites manage 50 per cent traffic in urban areas and even so, the load is not evenly distributed in the network. There are two key congestion points in the network:

Air interface: With just 5 MHz of spectrum allocated in India to be shared between voice and data, air interface would get congested very quickly as mobile data in India is slated to have the fastest growth rate in India at 222 per cent compound annual growth rate (CAGR) which translates to 350 fold increase by 2014.

Backhaul traffic: Even if the air-interface is congestion free, the dilapidated T1/E1 infrastructure is just not cut out to handle modern day data traffic. As such, the backhaul needs to be upgraded to microwave, fiber, or light networks (or a combination of the three) to have enough capacity and data economics to make the data growth worthwhile for the operators.

Wi-Fi serves as the most cost-effective and technologically mature solution for operators. The cost savings associated with offload are significant as operators deploying an offload strategy can expect savings in the range of 70-80 per cent per annum. Of the top 10 densest cities in the world, 3 are in India which puts further strain on 3G bandwidth. For example, a city like Hyderabad would need the same number of base stations to cover the city as is required to cover the whole of Singapore. In the US market, operators will save between $30 and $40 billion per annum by 2013 through an offload strategy. Due to the increase in demand for speed, quality and ubiquitous connectivity, Wi-Fi hotspots hold appeal as a standalone proposition as well as a complimenting service to the existing telecom networks.

If one compares Wi-Fi with other data connectivity services such as GSM, 3G, WiMax, LTE etc, Wi-Fi operates in an unregulated free spectrum band and provides significantly higher bandwidth compared to other technologies. As a result, operators are viewing Wi-Fi as an offload medium for their high bandwidth applications. Most operators in their data strategies have concluded that Wi-Fi has to be core to their network architecture due to factors such as lower cost of ownership, high volume of Wi-Fi enabled devices in the market, service experience etc. Also, in today's time a higher percentage of devices in the market are Wi-Fi enabled as compared to the percentage of 3G enabled devices which is still very low. Globally 30 per cent of all phones will have Wi-Fi in them by 2013, and 42 per cent by 2015. The proportion of Wi-Fi enabled mobile phone owners who use the facility on their devices is expected to reach 80 per cent by 2015.

At present O-Zone Networks is the only public Wi-Fi network that is ready for 3G offloading today in terms of integrating with the operator's authentication and billing systems (for both prepaid and postpaid subscribers) to enable a seamless experience for the user . We have established synergies with a number of national and international service providers such as  Airtel, Aircel, iPass, Boingo and Comfone.

The author is CEO, O-Zone Networks