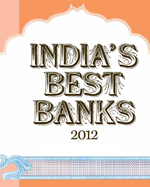 08 November, 2014
Print this article Font size -16+
Amid global uncertainty and economic slowdown, Indian banks face the challenges of increasing defaults, the burden of restructured loans and slippage in credit growth. Risk management, thus, assumes larger significance in assessing the performance of the banks. For the fifth year running, Businessworld-PwC carried out a risk quotient survey to get a closer snapshot of risk management practices among Indian banks.

The survey sought the banks’ views on the primary sources of risk, growth and trends in terms of non-performing assets (NPA) and restructured advances (loans), effectiveness of the banks’ compliance processes, exposure to risky (including sensitive sectors) assets and preparedness in terms of handling Basel III requirements and a clear road map for moving onto advanced approaches of Basel II.

This year, there were 25 complete responses in all, including 14 public sector banks (PSB), nine private sector banks and two foreign banks operating in India.

This year’s risk survey responses, as on 31 March 2012, indicate that PSBs have reduced sensitive sector exposure to around 10 per cent from 15 per cent last year, while for private banks it has increased from 5 per cent to more than 10 per cent.

It was found that 23 banks use derivative instruments to help clients manage risks; around 64 per cent of these banks do so to manage their own risks, while some tend to use them to reduce income volatility and increase profitability.

The economic slowdown has also led to rising NPAs, with restructured advances growing from FY10 to FY12 mainly for PSBs (see The Number Game). In the last three years, 8.6 per cent of these loans on average have turned into NPAs for PSBs, which believe that in the next three years, 10 per cent of the current year’s loans will turn into NPAs. The 14 PSBs, whose restructured loans were around Rs 1.5 lakh crore in FY12, have significant exposure to the power and aviation sectors, which are currently in stress, and a part of these loans may turn into NPAs in three years.

Cracking The Source Code
To help interpret the responses, we have created an index of various risk sources to assess how banks’ perception about sources of risk have changed over time (see Breaking It Down). For instance, this year banks don’t seem very worried about market, business or operational risks. However, there are some concerns among PSBs pertaining to retail sales practices, equity market movement and succession planning. Private banks, on the other hand, are concerned about high IT dependence. This year, the survey clubbed IT & HR risks under operational risks.

In business risk, retail sales practices (1.9 out of 5) emerge at the top for PSBs. Banks do not seem worried about competition from non-banking finance companies and liquidity risk. PSBs say that equity movements are the key source of market risk (1.9 out of 5). For private banks, it has been movements in interest rates. Over time, banks have taken several measures to strengthen their risk management and compliance functions. They have implemented advanced value-at-risk models for market risk, multi-dimensional credit models and Web-based rating models to assess future risks.

Going Forward
Around 71 per cent of PSBs say they need capital in the mid to long term, against only 11 per cent of private banks. The survey shows that most PSBs aim to maintain a capital adequacy ratio (CAR) of 10-13 per cent for the next two years. All banks surveyed are either planning to or have initiated the process of Basel III implementation. The  foreign banks say they will be able to maintain CAR of 13-15 per cent for two years.

Over the last five years, Indian banks, particularly the PSBs, have become more proactive in handling risk and compliance functions. However, asset quality continues to pose a serious challenge. Thus, the ‘capital’ (requirement of higher CAR) challenge will continue to occupy centre stage.