Washington [US], February 21 (ANI): American model and television personality Chrissy Teigen recently posted a tribute to her late son Jack on his original due date following the miscarriage she suffered last September.
The 35-year-old star took to her Instagram handle and paid the tribute to her baby on what would have been his due date. Teigen honoured Jack by sharing a photo of her wearing a bracelet with his name on it, alongside two similar bracelets with the names of her daughter Luna Simone, and son Miles Theodore.
She shared the photo of the bracelets stacked on her wrist and wrote, "Today was your due date. we love you forever." 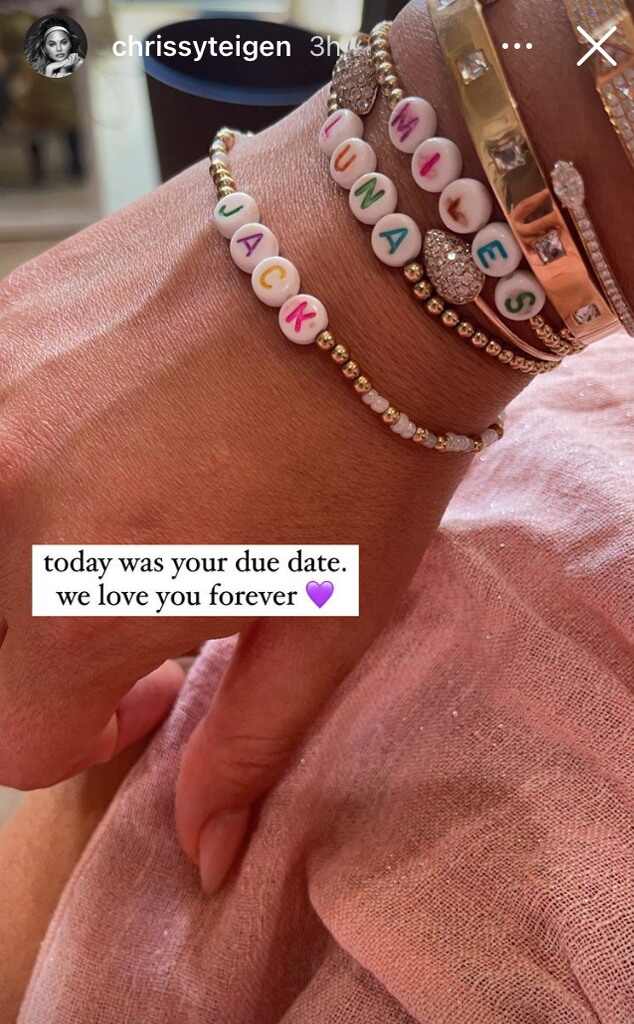 The 'Cravings' cookbook author, previously in September had announced that she and her husband John Legend had lost their third child in an emotional social media post.
Teigen has been open about her grieving process since she lost her son Jack at 20 weeks gestation. As per People magazine, earlier this month, the model appeared on 'The Ellen DeGeneres Show' and spoke about how her pregnancy loss was a "transformative" experience for her. (ANI)