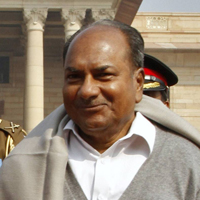 08 November, 2014
Print this article Font size -16+
With the VVIP choppers deal facing charges of kickbacks, government on Thursday, 14 February, 2013, formally asked Italian firm Finmeccanica to state whether any money was illegally paid to any Indian entity or individual amidst its warning of legal action including blacklisting of the firm.

The Ministry of Defence, which is under attack on the issue, came out with a fact-sheet detailing the sequence of the Rs 3,600 (rpt) Rs 3,600 crore deal for 12 helicopters clinched in 2010 by a Finmeccanica subsidiary AgustaWestland.

It notes that the mandatory technical requirements of the chopper were changed in the tender during the Vajpayee government in 2003, with the then National Security Adviser Brajesh Mishra playing a key role.

The CEO of AgustaWestland has been asked to "categorically state the clear position in view of the current developments indicating specifically if any financial transaction has taken place with any Indian individual/entity which would be violative of the Integrity Pact or any other terms and conditions of the contract", it said.

Noting that the contract with AgustaWestland carried an integrity pact that bars paying of bribes or involvement of middlemen, the Ministry warned of "strict action including cancellation of contract, recovery of payment, blacklisting and penal action can be taken against the vendors."

It said the Government is "determined to take all possible legal and administrative action against the guilty parties and accordingly has ordered a thorough probe by CBI."

Giving details, the fact-sheet said that the first Request for Proposal was issued in March 2002 mandating requirement of 6,000 metre (18,000 feet) flying altitude for selection of the chopper.

This requirement made it clear that AgustaWestland could not participate in the deal.

Rs 217-cr For Kept Aside For Bribe
Italy's state-controlled AgustaWestland had allegedly kept aside Rs 217 crore as part of "corrupt activity" to bag India's Rs 3,600-crore deal and its choppers became eligible only after certain required parameters were altered in the tender document.

According to the report filed by Italian investigators in an Italian court, the middlemen had agreed for a 7.5 per cent commission in the Rs 3600 crore for 12 VVIP helicopters.

Finally, the kickbacks were to the tune of about Rs 362 crore.

The payment of bribes through contracts between firms registered in Tunisia and India, was "still underway" when the scam was unearthed.

"Orsi and Spagnolin, moreover, paid Micheal Christian a total amount of about Euros 30 million, partly destined to support the corruptive activity meant to bag the order and partly to implement the contract," the document said.

The arrested CEOs of the two companies had also "paid Guido Ralph Hashcke and Carlo Gerosa (two other alleged middlemen), through a consultancy contract between AW spa and Gordian Services Sarl an amount of 400,000 Euros (about Rs 2.8 crore), of which 100,000 Euros (Rs 72 lakh) were paid cash to the Tyagi brothers (Julie, Docsa and Sandeep."

The report suggests that the middlemen had close contacts with the family of former IAF Chief Air Chief marshal S P Tyagi, particularly his three cousins.

Hard Times For New CEO
The new head of Italian defence group Finmeccanica has inherited a corruption crisis over a $750 million helicopter deal with India that risks hurting the company's business in other foreign markets.

Orsi, who is being held in jail but has not been charged, faces allegations of paying bribes to win a 560-million-euro contract for the company's AgustaWestland unit to supply 12 helicopters for use by senior Indian politicians.

He denies any wrongdoing.

Finmeccanica shares fell 1.75 per cent on 14 February' 2013 and have lost 12 per cent in the aftermath of Orsi's arrest.