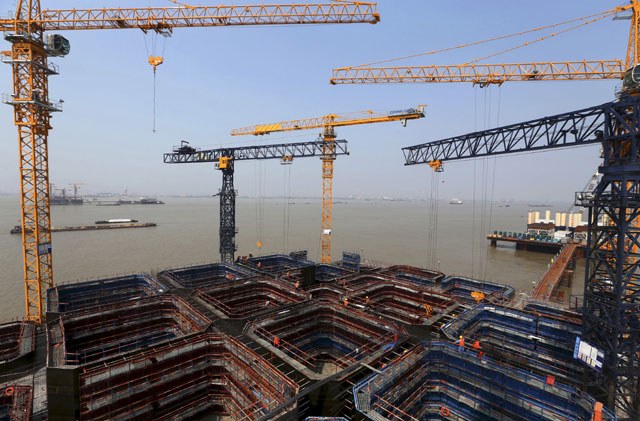 04 May, 2015
Print this article Font size -16+
China's economy is expected to slow further to 6.8 percent in the second quarter from a six-year low hit in the first, a top government think tank said in a research report that underscored the need for more stimulus to shore up faltering growth.
The forecast by the State Information Centre backed last month's move by China's central bank to cut the amount of cash that banks must hold as reserves, the second industry-wide cut in two months, to combat slowing growth.
"China's economic growth will slow in the second quarter (of this year), impacted by structural reform," the think-tank said in its research report published in the official China Securities Journal on Monday.
The think tank operates under the purview of China's top economic planner, the National Development and Reform Commission.
China's economy grew an annual 7.0 percent in the first quarter, its slowest pace in six years. Recent data have also failed to impress, with analysts speculating that authorities will have to inject more stimulus to prevent a sharper downturn.