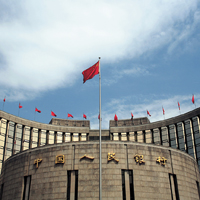 China seldom fails to surprise. The Peoples Bank of China this week announced the first interest rate increase since December 2007 on rising concerns over asset bubbles and high inflation. China has raised the benchmark interest rates by 25 basis points, moving one-year deposit rates to 2.5 per cent and corresponding lending rates to 5.56 per cent. Analysts say the latest tightening is an appropriate remedy for the Chinese economy, which is growing at an unsustainable rate. For the first nine months of the year, bank lending reached $948 billion sparking a surge in property prices, government data show. Last week, the central bank asked six major banks to raise the ratio of deposits they hold as reserves, which reduces the amount available for lending.

In contrast, policy makers in the UK are planning to keep interest rates low. UK interest rates have been at an all-time low of 0.5 per cent for 19 consecutive months. The US, too, inte-nds to keep rates at historic lows for the time being.

For Bank of America (BoA), it seems it will get worse before it gets better. BoA has said it lost $7.65 billion during the third quarter of this year due to a one-off charge related to credit and debit card reform legislation. Excluding the one-time charge, BoA's earnings report showed it made $3.1 billion in the three months ending in September, better than what analysts were expecting. The charge — more than $10 billion — is designed to reflect the lower value of its credit and debit card business whose profits will be affected by new regulations curbing charges. That's not all. This week, BoA's shares also took a beating after accusations that the company inappropriately handled more than $47 billion in mortgage bonds.

The protest in France continued this week with students threatening to storm the country's Senate, which is set to stamp a bill raising the retirement age from 60 to 62. The French government says raising the retirement age  and overhauling the pension system is vital for the economy. But French unions say the pension reform is unfair to the workers and that the government should find money for the pension system elsewhere. Some analysts have estimated that the protests are costing the country some £100 million a day. Even Lady Gaga had to cancel her concerts in Paris.

Apple has launched a new 0.11 inch-thick MacBook Air. Analysts say this is a strong reminder to Apple's competitor that the company is still serious about the personal-computer business. Apple said the computer's battery life lets users surf the Web for seven hours. Apple said the Macintosh accounted for a third of the company's revenue ($22 billion) in the year ended September. Apple sold 13.7 million Macs in 2009, three times the sales in 2005. It also announced Mac App stores, which will bring the benefit of iPhone and iPad applications to its laptops.

The US first lady is doing her bit to revive the economy. According to a study published by the Harvard Business Review, Michelle Obama's wardrobe choices have an impact on not just onlookers but also the stockmarket. New York University professor David Yermack has published findings that show that the first lady's choice of outfits creates an unprece-dented amount of value for the companies that make and sell the clothes she wears, and that the stock price also reflects her choice of a designer. The stock price gains of the compa-nies whose clothes she wore in public appearances — 29 brands in all — are showing abnormal returns. That is, the returns cannot be attributed to normal market variations, says the study.