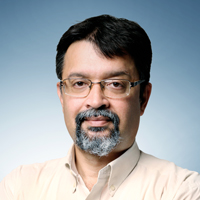 08 November, 2014
Print this article Font size -16+
A few weeks ago my sister-in-law came over from the United States for a holiday. As Indian tradition demands, she also brought along a few gifts for the house. One of the packages, a bar-be-que hot plate caught my eyes. “Made in the US”, it had written on it in bold.

Considering that most things that Americans have bought in America have been made in China for the longest, those four words surprised me. My sister-in-law, who has lived in the US for two decades, was surprised too. Why wouldn’t the hot plate be manufactured in China when it makes all the iPhones, iPads and iPods sold in the world?

China’s is the world’s biggest factory; the United States its biggest consumer. Manufacturing left the American shores long back, moving first to Latin America and then on to Asia. Recent studies show that some of that might be returning, which is good news for an economy that is looking to create jobs as it battles its worst downturn since the Great Recession.

Re-shoring, shifting of global manufacturing back to where it came from, is a reality that China will have to face in a big way in coming years as rising wages force its cost advantages to disappear. Some of the high-end manufacturing will move back to the developed countries as their economies balance out after the downturn; others will shift to even low-cost destinations.

A study by global strategic advisory firm The Hackett Group predicts that China’s cost advantages will disappear by next year as stagnant or declining manufacturing wages in the West, rising transportation cost, concerns about intellectual property protection and Chinese wage rate inflation encourages companies to move out.

China has benefitted the most from the global manufacturing movements as supply chains shifted from the developed world to developing countries in search for low-cost bases and higher margins. Between 1990 and 2010, China’s share in global manufacturing exports grew from 1.8 per cent to 14.4 per cent, the Hackett study says.

Most CEOs will tell you that it is the landed cost of goods that drives their decision about where they should be sourcing manufactured goods from. The Hackett study points out that the total landed cost gap with China is shrinking because of wage inflation, in a country where exports have been the core engine of economic growth.

“China’s cost advantage is eroding, both relative to domestic manufacturers in advanced economies, and relative to competing low-cost destinations,” the study says.

Latest economic data coming out of the world’s second-biggest economy is worrying for everybody. It shows China is slowing and that too at a time when the country is due to go through a political change.

China’s value added industrial output rose 8.9 per cent in August from a year earlier, but it was down from a 9.2 per cent rise in the previous month and the slowest rise since May 2009. A slowdown in demand and huge inventories of manufactured goods are creating a problem for China and industrial output can only fall further in these circumstances. Re-shoring could probably catch speed.

So who’s benefitting? The United States definitely seems to be one of the developed countries if you go by a new book “Entrepreneurial Nation: Why Manufacturing is Still Key to America’s Future” by Ro Khanna, a former deputy assistant secretary of commerce in the White House.

According to Khanna, new factories seem to be appearing on the American horizon given the country’s advantages in productivity and technology. All that is good news for Americans and America hit badly by a bleeding economy that is not creating jobs at a pace it should.

The US manufacturing sector has been losing jobs and the rate of growth in manufacturing output has declined sharply, from nearly 3.5 per cent a year in the 1990s to 0.8 per cent a year since 2000, Khanna writes in his book. The lower growth rate hasn’t kept pace with increases in productivity, he says, adding that manufacturing jobs that peaked at 19.6 million in 1979 stood at about 11.8 million today.

That should hopefully change as some of the large American companies such as Dow Chemical, Caterpillar, Whirlpool and others bring their overseas production back to the United States. Flight of manufacturing is not only being stalled, but is being reversed.

And that should be a sweet song for a beleaguered government that finds itself wondering how best to find the jobs that a housing bubble took away. If the change comes at the cost of the Chinese, it will only make many happy in the United States!

(The columnist is President, Public Affairs, Genesis Burson-Marsteller, India, and former Editor, Khaleej Times, Dubai. He takes a deep interest in China. The views are personal)