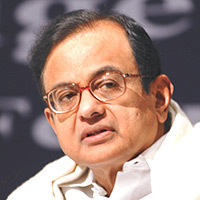 08 November, 2014
Print this article Font size -16+
Asking CBI to respect the line that divides policy making and policing, Finance Minister P Chidambaram on Tuesday (22 April) came down heavily on investigating agencies and CAG for "overstepping" their limits by attempting to convert bonafide executive decisions into either crimes or abuse of authority.

A day after Prime Minister Manmohan Singh asked the CBI to tread cautiously in policy matters, it was the turn of the Finance Minister to dwell at length on the functioning of the agency.

"Unfortunately, there are a number of cases where investigating agencies and other authorities like Comptroller and Auditor General, have overstepped their limits and attempted to convert bonafide executive decisions into either crime of abuse of authority," he said delivering his key note address on "building a criminal justice system to deal with financial crime" at Golden Jubilee function of CBI.

Chidambaram cautioned the agency to respect the line that divides policy-making and policing.

Referring to the role of public servants in financial crimes, the Finance Minster also said the investigating agency must confine itself to the question whether there has been a violation of laid down rule of conduct.

The Finance Minster said as long as there are reasons given in support of a decision, such reasons should ordinarily rule out any criminal state of mind. .

The Finance Minister said the investigating agencies should tread carefully before it reaches the conclusion that a business or commercial decision taken on the basis of available facts, amounts to a crime.

"This is where the state of mind comes in. In my view, it would be wholly opposed to common sense and fair play if the investigating agency ignored the state of mind and, absent any motive or criminal intent, jumped to the conclusion that a business or a commercial decision amounted to a crime," he said.

The Comptroller and Auditor General had recently questioned the policies adapted by the Government in the allocation of spectrum and coal block allocations - both the issues are being probed by CBI.

Referring to the "caged parrot" term given to CBI, Chidambaram said there are several myths about the agency ranging from the celebrated epithet "caged bird" to the abusive nomenclature "Congress Bureau of Investigation".

"None of the descriptions is correct or even well meaning. Some myths are carefully fostered and propagated in order to serve immediate or narrow self-interest," he said.

The Finance Minister also noted that sometimes the CBI itself pretends to be a "helpless victim" when it pleads for more powers and greater autonomy.

"Hardly anyone seems to notice the contradiction when the same person pleads in favour of 'more powers to CBI' and also rails against the alleged 'excesses of the CBI'. Any hardly anyone pauses to ask how could the CBI do the bidding of a political party that has not been in government during 12 out of the last 25 years.