Cheque’s Not In The Mail 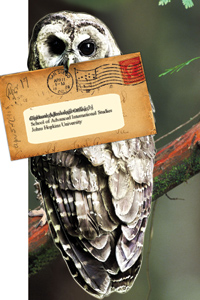 With the slowdown in retail finance activities, the Rs 8,000-crore express courier service industry has been forced to drop pace, too.

Previously, BFSI (banking, financial services, insurance) businesses were clocking 33 per cent growth in annual revenues. But, "in the financial year 2009, growth in the BFSI sector has been in single digits", says Ashis Nain, chairman and managing director of Express It, a major player in the courier service industry.

The cause is not too difficult to understand. The BFSI segment gave the industry business such as delivering welcome kits, debit and credit cards, contract notes, policy documents, dividend warrants, annual reports and mutual fund statements. But, "credit card volumes have fallen 20 per cent in recent times, thanks to credit aversion among banks," says Malcolm Monteiro, senior vice-president and South Asia director for DHL Express.

Equity-linked investment products, which were doing very well in the past, are also avoided by retail investors now. For the six month period from January-June 2009, only Rs 3,300 crore of equity money, on a net basis, entered the mutual fund industry. This is less than what single equity NFOs (new fund offerings) used to collect a few years ago.

Things are no better with Unit linked insurance policies (Ulips) or direct equity investments by retail investors. As such, express courier market leader Blue Dart and Express It, which derive 25 per cent and 90 per cent of their business respectively from the BFSI sector, can do little more than cross their fingers for now.

In the meanwhile, pricing is crucial. "The low-margin, high-volume business largely means that scale is very important to survive in this business," says Nain. On an average, a bank might be charged Rs 20-25 per transaction by the courier.

Also, in the express courier segment, having a broader national presence helps. Typically, an enterprise prefers dealing with fewer courier companies, even though there are niche local players who also survive. The ‘bulk and break' model preferred by many banks also helps local couriers. Dispatches for a single location, say, Goa, are aggregated through a bulk delivery from the hub, say, Mumbai, and then dispatched through a local player, which helps save on costs. There are 4,500-odd courier companies working in layers within the industry; many of them have single-location offices.

"Innovation is the new buzzword," says Nain. Festive deliveries, such as DHL's Rakhi Express for delivering rakhis during the recently concluded festival of rakshabandhan, offer the occasional booster to the business.

"With our ability to track individuals and their addresses, credit collection on behalf of banks for a fee, and KYC (know your client) forms are newer areas in which we could venture out," says Nain.

Yet, the future is not all bleak. As the government plans for financial inclusion, bank accounts are expected to swell to 600 million, up from the present 300 million. With PSU banks moving towards automation and setting up more ATMs, debit cards show the promise of providing a lot more business.

muthukumar at kailasam at abp dot in