Checking Out The Numbers 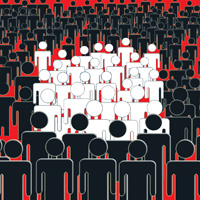 A famous US journalist once said, "Where there's clarity of air, there's clarity of thought." And clarity is what the Telecom Regulatory Authority of India (Trai) has tried to bring in the sector with its first ever report on operators' active subscriber base. The report is crucial considering mobile number portability — wherein subscribers can switch operators without changing their number — will become a reality soon and also because the Department of Telecom (DoT) is planning to allocate additional spectrum. Currently, additional spectrum is allocated on the basis of subscriber base and maximum utilisation.

The report showed Bharti Airtel had over 89 per cent active customers, Idea Cellular 88 per cent, Vodafone Essar 75 per cent, Reliance Communications (RCom) around 67 per cent and Tata Teleservices (TTSL) about 46 per cent. Bharti and Idea were quick to play on Trai's report. They issued a joint statement saying the report "nails the canards and lies spread by a particular set of telecom operators falsely alleging that established and performing GSM operators have been reporting inflated customer numbers... Paradoxically, they are the ones who have inflated their numbers".

Meanwhile, TTSL in a statement said the report has errors. "The statement issued by some of the older operators on VLR (visitor location register) figures contains inaccuracies and does not hold water. That is because it does not present a true apple-to-apple comparison." A senior executive at TTSL, who did not wish to be identified, says, "Trai report has faults and we would be taking it up directly with them." TTSL has the lowest percentage of active subscribers — 44 per cent for CDMA and 46 per cent for GSM. Reliance Communications refused to comment on the matter. TTSL says most other operators are calculating their VLR figures on much longer periods (of 30 days) compared to TTSL's seven days.

"Going forward, TTSL will also be reporting its VLR figures on the basis directed by DoT — that will provide a true picture and a just comparison of VLR and other parameters," TTSL said. All operators were asked to submit the VLR data as on 30 September.

A senior Trai official has an interesting view on TTSL's argument. "There can be an aberration of 1-2 per cent in the value derived by us to determine the number of subscriber, but not 70 per cent as TTSL claims. In an office of 100 people, there can be 75 absentees on a given day, but this number cannot be same or two-three less every day, in a week. Similarly, the number of subscribers in a VLR can be more or less on a given day, but not regularly, that too for a long period of time," he argues.