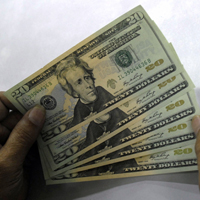 08 November, 2014
Print this article Font size -16+
Foreign banks are fuelling India's recent burst of overseas takeover bids, offering cheap US dollar loans to corporates hungry to expand beyond their home state.
The stream of financing offers from banks such as Standard Chartered, Citigroup and Deutsche Bank comes after some US and European lenders pulled back from the Indian market last year as the country suffered through an economic slump.
Banks are now back, funding the entire amount of Apollo Tyres Ltd's $2.5 billion bid for New York-listed Cooper Tire & Rubber Co, a company nearly three times the size of its Indian suitor.
Bankers said lenders were taking advantage of a window of opportunity that exists while monetary policy remains loose, before any scaling back of abundant liquidity by the Federal Reserve and other central banks raises their cost of funding.
Indian companies are bidding for at least $10 billion worth of deals and, if successful, the outbound M&A volumes this year would rise to $13 billion, the highest since a record year in 2010, Thomson Reuters data show.
At least one of these takeover attempts have hit roadblocks.
But the revival of M&A activity is good news for foreign investment banks operating in the country, which for years have struggled with wafer-thin margins. The aggressive lending from Wall Street is similar to the bank loans fuelling deals in Southeast Asia.
"The debt market is back today," said Venkat Anantharaman, South Asia Co-Head for wholesale banking at Standard Chartered. He was referring to the US high yield market and opportunity to provide companies with the money needed to grow.
Indian companies are searching abroad with the economy growing at its slowest pace in a decade. A sharply weaker rupee, which touched a record low last week, is also forcing companies to try and boost dollar earnings.
Bankers are aware that India has been in this position before, only to see an outbound march quickly retreat after 2008.
"The outbound trend started a few years back, and took a pause when the macroeconomic environment worsened," Aisha de Sequeira, Morgan Stanley's India investment banking head told Reuters.
But funding is now available for the right deals, she said.
Deutsche Bank and Morgan Stanley advised Apollo on the latest bid, while Bank of America advised Cooper.
Return Of Foreign Banks
Foreign lenders including Barclays, Morgan Stanley, HSBC Plc, Goldman Sachs and Bank of America Merrill Lynch have all along played a major role in funding overseas acquisitions by Indian companies, but a drop in outbound volumes in the past couple of years hit them hard.
Foreign currency loans from India dropped to $17.3 billion in 2012 from $24.1 billion a year earlier, according to Thomson Reuters LPC data. The volume is at $5.4 billion so far this year, excluding the loan for the Apollo-Cooper deal. The strong outbound M&A deal pipeline augurs well for the foreign lenders.
Foreign banks have larger balance sheets and a lower cost of funding in US dollars and other foreign currencies, meaning they can lend to Indian acquirers at cheaper rates than Indian banks.
"The dollar loan market is now available in a big way if anybody wants to tap it, there are enough banks coming in now," said the corporate finance head at a leading European bank in Mumbai. "Foreign banks are more willing to take risk, banks are more willing to lend balance sheet. Things have improved in the last six months."
Resources Deal To Follow
Apollo's move to buy Cooper was fuelled by desire to reduce its dependence on the Indian auto market, where car sales fell 7 per cent in the financial year that ended in March, the first annual fall in a decade.
Meanwhile, a slew of resources companies are hunting for assets from Australia to Africa, as growth in output at home has been stymied for years by delays in environmental and regulatory approvals for mining projects as well as supply bottlenecks.
"The current thinking of a typical Indian promoter today is 'it's very tough to do business in India. It takes forever to get an approval and the overall economy has also slowed down,'" Standard Chartered's Anantharaman said.
"If I want to expand my business looking overseas makes sense. Second, let me de-risk my portfolio, having more of global revenue than just India revenue."
ONGC and Oil India are in the race to buy a $5 billion stake in a Mozambique gas field, while Aditya Birla Group and Coal India Ltd are among companies considering bids for some of Rio Tinto Ltd's Australian coal assets, valued at an estimated $3.2 billion.
But the market reaction to the Apollo deal - the company's shares dropped by a third over two days on concerns about the level of debt it will take on - is unlikely to encourage more companies to strike 100 per cent debt funded acquisitions by tapping into the easy money available in the US market.
Adding to that concern would be the fact that some of the past debt-loaded deals, including Tata Steel Ltd's about $13 billion purchase of Anglo-Dutch Corus Group in 2007, didn't pan out as planned as the commodity cycle turned.
Last month, Tata Steel announced a $1.6 billion writedown, and the company is saddled with nearly $10 billion of debt on its books.