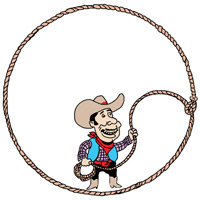 08 November, 2014
Print this article Font size -16+
It is 8 pm and Renu Pothen, head of research at Fundsupermart, is busy answering queries from investors on behalf of her sales team. Investors were calling to know how the market regulator Securities and Exchange Board of India’s (Sebi) order discontinuing multiple plans at schemes level will impact them. “The past few days have been hectic. There has been uncertainty among investors who have no idea what the Sebi order means to their investments. Every two minutes my sales team has been getting panic calls from investors,” says Pothen. Most investors wanted to know if they should pull out their investments altogether or switch funds.

The panic is unfounded because not much has changed for retail mutual fund investors. As for the loss through tax outflow, it can be reduced if one acts wisely and quickly.

According to Valueresearch, 274 funds will be affected. These funds control average assets under management (AAUM) of Rs 70,805 crore, which is 9.5 per cent of the mutual fund industry. But what investors need to know is that there is no immediate threat to their investments as these funds continue to run; except they will not receive any fresh investments.

Last month, the market regulator ordered that from 1 October mutual funds will have to discontinue multiple plans at the scheme level to avoid confusion among investors. It asked all 44 mutual funds to follow a single-plan structure. This would give investors more clarity when choosing a scheme based on asset allocation.
Let us take an example. Before 1 October, Birla Sun Life Medium Term Plan had eight plans — under retail and institutional heads. These were further divided into four types — growth, quarterly dividend, half-yearly dividend, and annual dividend. So, there were eight schemes, each with its own net asset value (NAV). Since 1 October, the fund has discontinued the institutional plan, and has only the retail plan (and the four options under it). So what happens to the institutional plan? It continues as before, except it will not receive any fresh investments from new or existing investors. Also, the four options under the institutional plan will not be closed until all investors have exited. Interestingly, there is no time limit for investors to quit the fund. So investors in the institutional plan can stay invested till they want to.

The hitch is in dividend reinvestment options. Though some mutual funds have allowed investors to reinvest their dividends into the retain plan, others have not. In such cases, if the fund has a dividend payout option, the dividend will be given to the investor (and this is tax free in the hands of the investors). If there is no dividend payout option, the plan’s NAV will continue to appreciate as it does in a growth plan. And hence it will be taxed as capital gains, short-term or long-term, depending on when the units are redeemed.

For example, for an investor at the highest tax bracket of 30 per cent, the short-term capital gains tax will be 30 per cent. Considering that the dividend distribution tax is around 16 per cent, the additional tax liability would be 14 per cent. Therefore, it is advisable to switch to a new plan (if possible) to continue reinvestment of dividends. This is mainly applicable for short-term and ultra short-term funds. Says Hemant Rustagi, CEO of Wiseinvest Advisors, a Mumbai-based financial advisory firm: “An investor should switch at the earliest because as the money grows in the (current) plan, he will be liable to pay more tax. For instance, if the person switches from a closed plan to a new plan on 28 October 2012, he is liable to pay tax on the gains he has made in the 28 days.”

Behind The Scenes
Overall, it seems the changes are in the favour of retail investors. However, it has to be seen how the new structure plays out. Some feel that Sebi’s steps that are aimed at bringing parity will actually hit the retail investor because unlike institutional investors, retail investors are usually invested for the long term. Now, if institutional and retail investors are invested together, especially in debt plans, the retail investors tend to lose as institutions move in and out of funds very fast. In funds such as money market, ultra short-term  and liquid funds, this will hamper returns of existing investors.
break-page-break
In equity funds, too, there are funds that have various investment options. Reliance Mutual Fund, for instance, has growth, dividend and bonus options for retail and institutional plans under Reliance Top 200 Fund. So, they have six NAVs. In equity funds, most mutual funds have opted to retain the retail plans. Therefore, investments in systematic investment plans (SIP) will not be affected much. However, if a mutual fund does choose to close its retail plan, investors can simply start a fresh SIP in the retained plan.

In terms of taxation, a short-term capital gain of 10 per cent will be applicable if units are redeemed within a year of investment. Since there is no long-term capital gains, investors can hold their units rather than make blind switches.

On their part mutual funds are waiting for clarity. Distributors have been asked to advise investors to hold as they feel the regulator will allow auto-switch facility. In the meanwhile, mutual funds have to tackle the nightmare that the changes in backend operations will be. For one, they will have to continue managing the funds that are now under dormant (closed) plan. A senior industry executive says, "We are realising that this is not as easy it looked. Operationally, it is becoming tough, but we are sorting it out." Some mutual funds have been advising investors to switch and take some hit rather than pay more tax later.

Markets have never liked uncertainty, and the sense is that the coming days will see big redemptions. Already in September, liquid funds' AUM was down by 25 per cent to Rs 1,44,675 crore, from Rs 1,93,466 crore in August. Though one could say that the outflow would be due to advance tax payments, redemption pressure cannot be ignored.

The sooner the questions are answered, the better it would be as come January things will get further complicated. From January, AMCs will have to have a separate ‘window’ for direct investments. So, rather than differentiating between retail and institutional plans, AMCs will differentiate between the direct route and the distributor or broker route. So, our example above of Birla Sun Life Medium Term Plan will continue to display eight NAVs — four for direct investments and four for investments through distributors or brokers.

Industry experts say that it is not enough to just stop new launches; Sebi should also look at discontinuing or merging duplicate funds. For instance, many fund houses have more than one fund in the same category — Sundaram Mutual Fund has two diversified large-cap funds (Sundaram Select Focus Fund and Sundaram Growth Fund). One can argue that there are different fund managers and benchmarks for these, but a close look at their portfolio (as of end-August 2012) reveals that both funds have 29 common stocks that account for 76 per cent of the total portfolio of Sundaram Select Focus Fund and 70 per cent of the Sundaram Growth Fund. (See ‘More Of The Same’.)

“Multiple funds in one category is seen because during the boom, to garner AUM fund houses launched new funds in the same category as the old ones had not seen much participation,” says a senior industry executive on condition of anonymity.

A. Balasubramanian, CEO of Birla Sun Life Mutual Fund, however admits: “We are trying to merge and close down duplicate funds, but you can’t always blame it on the AMC as the market universe is the same. In fact, if you compare even my competitors, you will find a similar portfolio. It is only investors’ conviction as to where he wants to vest his money.” What he is trying to indicate is that the market lacks depth and so there are not enough investment options. Hope the regulator is listening.