Washington [US], January 15 (ANI): Canadian singer, Celine Dion penned a sentimental tribute to her late husband of more than 20 years, Rene Angelil, who died due to cancer back in 2016.
According to E! News, the five-time Grammy winner is paying tribute to her love of a lifetime, her late husband Rene Angelil who died in 2016 at the age of 73, following his long-time battle with throat cancer. On Thursday (local time), Celine marked the death anniversary of her husband by sharing a photo of the two lovers on Instagram holding each other's hands. 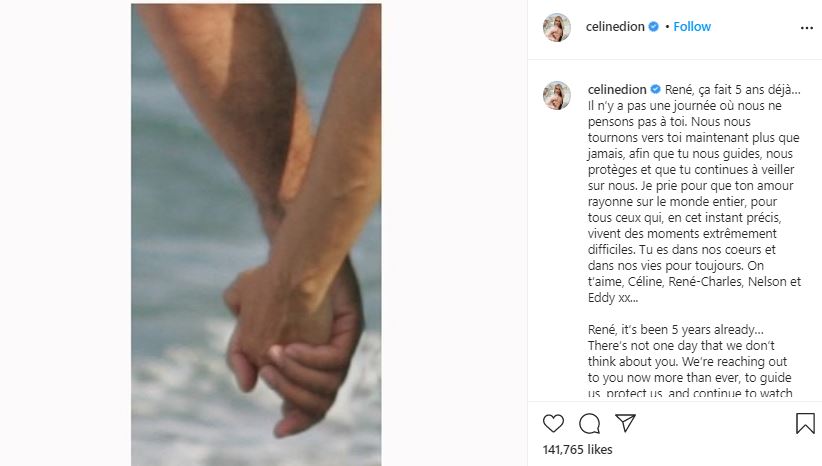 The 52-year-old singer hopes her late husband will "shine your love on the entire world, to all those at this very moment, who are facing incredibly difficult times," possibly hinting the global pandemic.
As per E! News, when Rene's health worsened in 2014, Celine took a break from her Las Vegas residency. He had a tumour removed from his throat the year prior, and even began his recovery process at their Las Vegas home. Sadly he passed away two years later in 2016. (ANI)