Caught On The Wrong Foot? 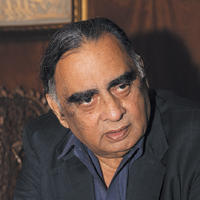 The Serious Fraud Investigation Office (SFIO) has recommended in its report to the corporate affairs ministry prosecution of Mumbai-based Elder Pharma, its chairman and managing director Jagdish Saxena and a few senior officials for "criminal breach of trust", "cheating with knowledge that wrongful loss may ensue to person whose interest offender is bound to protect", "cheating and dishonestly inducing delivery of property" and "criminal conspiracy". Elder has denied all allegations.

The report alleges Elder siphoned off money through transactions with 36 fake firms, which existed only on paper. "It was found that major fraud has been conducted through fake company named Garrison Pharmaceutical, where purchase bookings, cheques and bills were issued for fake purchases," says a ministry official.

The SFIO move came after an income tax raid in 2006 found disallowable expenses worth Rs 12.30 crore in the company's books.

Top officials in the ministry confirmed to BW that they have received the SFIO report seeking action. The ministry has sent the report along with the summary of allegations to Elder's management, seeking their reply within 30 days. "After this, we might initiate action," says a ministry official. However, in a reply to BW, Elder's director M.V. Thomas says that all the 36 companies do exist and all transactions are real. "Some of them are leading suppliers in the pharma industry and some of them are traders in API's and active chemical entities, and none of these companies are formed by us," he adds.