Caught In The Misfire 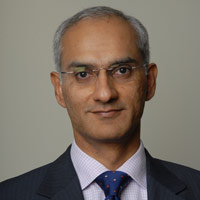 08 November, 2014
Print this article Font size -16+
There seems to be a growing perception that promoters of listed companies are manipulating share prices and Sebi believes that Employee Welfare Trusts (EWTs) are the tools of choice for this.

EWTs are trusts set up by a company for the benefit of its employees to perform a host of activities that go beyond mere purchase of shares of the company. The employer contributes money often as a loan to the EWT and the EWT invests this money so that all profits from such investments are used to provide employee benefits like medical insurance, loans, grants for training programmes, life insurance, etc. It seems that Sebi believes that EWTs and Employee Stock Ownership Plans (ESOPs) are substitutes for each other and has failed to appreciate the difference between the two. By its circular of 17 January 2013 (Circular) Sebi prohibited listed companies from framing any employee benefit scheme involving acquisition of the company's own securities from the secondary market. This decision came without any warning or consultation and raises important questions regarding the use of EWTs and SEBI's limited understanding of the difference between ESOPs and EWTs. ESOPs give employees the right to purchase or subscribe at a future date to securities offered by the company at a pre-determined price. This gives employees ownership interest in the company which is absent in case of EWTs, where employees get no ownership in the companies in whose securities the EWT invests.

Sebi's belief of the misuse of EWTs for manipulation of the price of stock does not seem to have been substantiated by any evidence. Sebi has, in its noble endeavour to close this perceived loophole completely ignored the fact that it is very naïve to believe that promoters use EWTs to commit this fraud since it would be one of the most obvious ways of getting caught. If Sebi were to crackdown on suspicious dealings undertaken by such promoters, the records of the past dealings of the EWTs supported by the trends in acquisition and disposition of the shares by that EWT would, in all likelihood, be the starting point of Sebi's investigations. It is surprising that Sebi has taken such a drastic step without any report of widespread misuse by promoters of EWTs.

Sebi has powers under the Sebi (Prohibition of Insider Trading) Regulations, 1992 to investigate cases where it suspects that stock manipulation is taking place. However, instead of enforcing these regulations more effectively, Sebi has changed the law in a dubious manner and jeopardised the existence of bona fide trusts. This has resulted in all EWTs having to comply with the Sebi (ESOS ESPS) Guidelines, 1999 defeating the very objective of EWTs. Getting a few shares of a company over a period of 3-5 years at a potential discount to its then market price is no substitute for a workman who needs money to pay for his child's education.

Another issue to consider is whether Sebi has overstepped its jurisdiction when Section 77, proviso (b) of the Companies Act, 1956 (Act) specifically allows companies to finance trusts to purchase their own shares through the secondary market for the benefit of their employees. While Section 55A of the Act empowers Sebi to administer the issue and transfer of securities by framing rules and regulations that may be required to give effect to the provisions of these sections, the Circular has, in effect, resulted in the amendment of Section 77 of the Act so that it now applies only to an unlisted company which, arguably, defeats the purpose of the section.

Sebi could have consulted stakeholders before such an extreme decision was taken. Sebi seems to have reached the conclusion that EWTs are the primary tools of insider trading and price manipulation in the same way as forks and knives cause obesity.  Sebi felt the need to 'do something' about fraudulent and insider trading and the prohibition of EWTs seems to have been the easy thing to do, so that Sebi could be seen to be doing something even if the purported remedy bears no correlation to the ills. All Sebi needed to do was to implement the provisions of the Sebi (Prohibition of Insider Trading) Regulations, 1992 and Sebi (Prohibition of Fraudulent and Unfair Trade Practices relating to the Securities Market) Regulations, 2003 more strictly.

If the conspiracy theorists are to be believed, Sebi is implementing the government's policy of forcing the 'aam aadmi' to participate in the stock markets. Sebi has, once again by this ham handed move, undermined its standing as a regulator. Can one forget the banning of Participatory - Notes only to be subsequently allowed or limiting the use of Foreign Institutional Investor sub-accounts and then allowing Qualified Foreign Investors? Only time will tell if this Circular curbs malpractice, if any, or if this is just another instance of SEBI acting in haste and regretting at leisure.