Caught In A Jam 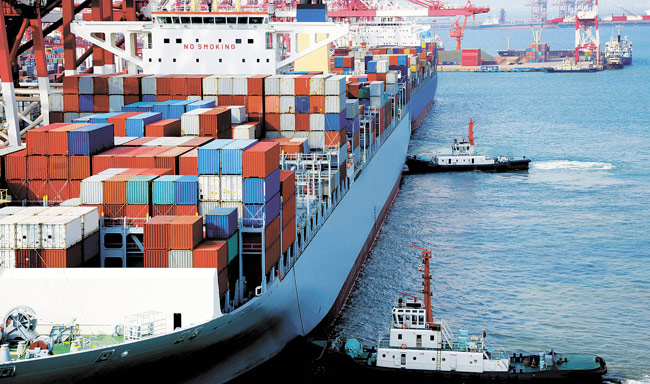 S.C. Ralhan, a machine tool manufacturer from Ludhiana, is a worried man these days. The city, which is a leading manufacturing hub for a host of products ranging from auto ancillaries, bicycles and sewing machines to garments, among others, has of late seen a sharp fall in export shipments. In the first 15 days of this fiscal (April 2015), the city saw 1,306 standard size containers move out from its manufacturing units to various ports across the country. This amounted to a 27 per cent drop in the the number of containers that were shipped out of Ludhiana  a month earlier (1,785 units during 1-15 March).

“We need oxygen,” says Ralhan, voicing concern for the exporters’ community that has been passing through its worst phase in recent times. Incidentally, Ralhan also happens to be the president of the Federation of Indian Export Organisations (FIEO), the apex body of all government supported export promotion agencies in the country.

Ralhan’s concerns are very real, as the decline is not only in terms of value but in actual volumes as well, as the reduction in the number of export shipments in Ludhiana illustrates. This trend is borne out  by data on containerised exports from major ports. Around 20.65 lakh containers were shipped in July-September 2014. The number came down to 19.74 lakh in the October-December quarter and further dipped to 19.69 lakh in the January-March 2015 quarter. On a year-on-year basis, the January-March 2015 quarter, the  number, however,  was marginally higher (1.75 per cent) compared to the corresponding three months of  2014.

The slump in exports has continued even after the announcement of the Foreign Trade Policy (FTP) in April, belying the hopes of  exporters who were expecting the FTP to prop up exports through government support.

The Key Players
Much of India’s problems stem from the turmoil in the global economy, particularly on account of the slowdown in the developed markets. Although India’s trade with Greece is minuscule, the crisis in the European Union (EU) country, which is going through its worst economic turmoil ever, has had a serious impact on the country’s exports on two fronts. First, the value of the euro has eroded significantly owing to fears of a possible breakdown of the euro zone. This has made Indian exports more expensive to European customers, who contribute nearly 18 per cent of India’s export revenues. Second, a 25 per cent depreciation of the euro against the US dollar in recent months has taken away the price advantage enjoyed by Indian exporters in the US as well.

The upshot of the EU crisis has been that not only has it curtailed the region’s ability to import Indian goods, but also made EU products cheaper in other key trade destinations such as the US. Thus, the price competitiveness of Indian exporters in the US market, which accounts for another 18 per cent of India’s export revenues, has also been eroded because of “cheap” exports from the EU region.

“The economies of most of our major trading partners are in a declining phase. India’s exports have lost some of its buoyancy,” says Rajeev Kher,  the outgoing commerce secretary, adding that  there are no quick fix solutions to this problem.

The tepid growth in the US and the EU markets, which together account for  almost a third of India’s export earnings, only partly explains the sluggishness in Indian exports. Trends in international commodity prices have also played a major role.  For example, refined petroleum products that  account for almost 20 per cent of India’s $310 billion export revenues, have seen their prices crash in the international markets following the fall in crude oil prices. The trade data for May 2015 shows that the petroleum product exports (by value) declined sharply by 59.1 per cent, and led to an overall decline of 12 per cent in India’s export earnings during the month.

Given India’s dependency on oil imports, there is little that the government can do to help arrest the decline in the oil-related export-import growth. Hence, the “oxygen” that Ralhan seeks is a call to push non-petroleum exports in segments where negative growth is evident. Engineering goods that approximately have a 20 per cent share in India’s exports could be one such area. Other  key areas  are chemicals and pharmaceuticals and gems and jewellery, which contribute 14 per cent each. Agriculture and allied products, and textiles and clothing, which account for  10 per cent each, are other major components of the country’s export basket. Most of these sectors have seen growth slowing.

Even in the engineering sector,  the slowdown is visible. For instance, the provisional export figure of $1.59 billion in April 2015 for the machinery sector was just 3.18 per cent more than $1.54 billion registered during the same month last year. The chemicals and pharmaceuticals sector grew 5.59 per cent in April (from $2.5 billion to $2.6 billion) as opposed to the double-digit growth expectations of the industry. Gems and jewellery exports were down almost 10 per cent (from $3.26 billion to $2.95 billion). Agriculture and allied products saw a decline of over 20 per cent during this period, marine exports fell 15.96 per cent, and the plantation sector showed a negative growth of 6.26 per cent. Textiles and allied products were also in the negative territory in April.

Heading Southward
The slowdown in the engineering sector can be easily explained. Over 60 per cent of these exports are to the US and Europe where demand continues to be sluggish. “Indian forgings or semi-finished (engineering) products lack the price advantage due to euro’s weakening against the dollar,” Ralhan says.

The recent decline in the export of tiger prawns was due to the rupee’s appreciation which made it prohibitively expensive in its key markets, like the EU and Japan. The chemicals and pharmaceuticals sector is also affected due to currency woes, and its growth projections have been scaled down to 5 per cent from 10 per cent earlier.

India being an important player in generics at the global level, changes in the international generic market is impacting exports in a big way.  With fewer medicines going off patent globally, the opportunities for Indian pharmaceutical companies to make one-off gains by launching their generic versions have dried up. The players have no option but to export  existing generic medicines, the value of which can only go down. Growth will depend on selling more of the existing medicines, or pricing them better. “Governments across the world are delving deep to contain healthcare industry expenses. The control of prices and downward revision of prices are a driver to encourage patients to take to generics.  Japan, Canada and Australia are some examples,” says P. V.  Appaji, director general, Pharmaceutical Export Promotion Council.

Meanwhile, the growth of exports in the cotton and textile segment has been impacted by a sudden fall in demand for raw cotton from China. Though, there are other issues that can harm the sector’s long-term export growth. For one,  the textile industry experts fear the ongoing Preferential Tariff Agreements among countries will have an adverse impact on the sector. This will put countries that are not party to such agreements at a disadvantage, they say. “Most of our competitors have grown ahead mainly because of the tariff advantage granted by developed countries like the EU, Canada and Australia,” says Siddhartha Rajagopal, executive director, Cotton Textiles Export Promotion Council.

The US is on the verge of signing the Trans-Pacific Partnership (TPP) Agreement, which will give preferential access to countries like Vietnam and Malaysia to that country. Countries like Bangladesh, Pakistan and Turkey already get duty-free access to the member states of the EU.

“The tariff disadvantage translates to around 8-10 per cent for Indian companies, which for an industry operating at a margin of 5 per cent is extremely difficult to overcome. Hence, while Indian exports grow incrementally, export from competitors grows exponentially,” says Rajagopal, adding that the foreign trade policy had very little to offer to the textile and clothing sectors, despite being the second-largest employment provider in the country.

FIEO’s Ralhan says there is an urgent need to review the benefits announced in the new FTP to sustain the growth of exports at a time when a majority of the developed economies are struggling to recover from the slowdown. He rues that the export incentives doled out by the government do not constitute even 1 per cent of India’s total export earnings.

Long To-do List
According to him, the small-and medium-scale sector should be given more support under the ‘Make in India’ campaign. Availability of cheap credit, timely refund of export incentives, restoration of benefits that were available in the previous trade policy, judicial re-classification of export markets, technology upgradation funds for export-oriented sectors, tax benefits for capital investments, etc., are among suggestions made by the export body to revive the growth of Indian exports. “The situation is grave. The non-performing assets of banks have gone up as companies are unable to repay the loans. The government should realise the gravity of the problem. And the moment they do that, we are sure, they will come out with a package for exporters,” says Ralhan.

Commerce minister Nirmala Sitharaman though takes a more pragmatic view of the situation. Stressing that the government should be choosy in extending export sops to the industry, she says,“How long would they continue to ask for support? There are so many other sectors of the economy which also have export potential. Shouldn’t we be helping them?” Incidentally, Sitharaman’s ministry plans to announce a special scheme to neutralise or reduce the cost of credit to the exporters.

Exporters point out that they are not just looking for more sops. “Trade facilitation is what we need badly. A comprehensive electronic clearance system itself can bring down the significant transaction costs,” says Ajay Sahai, director general and CEO, FIEO.

The government has announced its intention to introduce trade facilitation measures. Whether the “oxygen” arrives on time, and whether it gets administered in the required doses, will remain a question. At least for now.