Caught Behind The Wicket 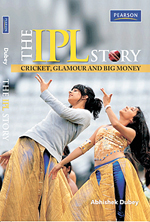