Cashkaro Gets First Round Of Funding 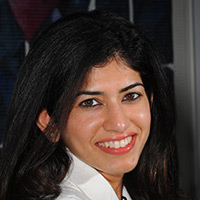 08 November, 2014
Print this article Font size -16+
Cashkaro.com, a subsidiary of UK-based Pouring Pounds is looking to close its first round of funding from a group of angel investors in London, according to sources associated with the matter. The deal is anticipated to be in the range of Rs 4.5-5 crore (about $750,000).

Cashkaro, a cashback and coupon website, works with over 350 companies and has about 40,000 registered users. According to Hypestat.com, a web statistics and analysis portal,  Cashkaro.com gets over 5,931 unique visitors a day. The cashback company, which enjoys a healthy conversion rate of 12-15 per cent, faces stiff competition from sites such as pennyful.in, gopaisa.com and topcashback.in.

Cash back is a proven and flourishing market overseas, but is a fairly new concept and an unexplored domain in India. Being one of the first few companies to offer such services in India, cashkaro enjoys the first mover’s advantage and hence has managed to attract investor attention.

Parent company Pouring Pounds in UK is expected to touch a topline of $300,000.

During the buzz of Groupon in 2010, Swati Bhargava and her husband living in London quit their jobs at top investments banks to start their own venture offering cash back to customers transacting online. Pouring Pounds, today a well known brand; was started in February 2011. After the success in the UK, the Bhargavas decided to take the business global and entered India market with cashkaro.com. Launched in November 2012, cashkaro offers a platform for merchants to find right customers and for consumers to get cash incentives.

For every sale the company brings to the brand, it gets a commission. It keeps its margins and passes the rest to the consumer as cash back. The money comes to customers’ pouring pounds account.

Even though the company gives away 80 per cent of the commission as cash back to consumers it still saves enough to sustain its business and expand too.
Being a low capital intensive business, the company had so far managed to sustain itself without raising any funds from outside.

Cashkaro officials did not respond to BW|Businessworld’s queries on fund-raise.