Cardi B announces new single 'Up'

Cardi B announces new single 'Up'

Washington [US], February 3 (ANI): American rapper Cardi B is soon going to treat her fans with new music. The star recently announced her new single titled 'Up', which is set to release on Friday.
On Tuesday, the 28-year-old hitmaker announced that her new single will be dropping on Friday. Taking to Instagram, she shared the track's cover art, and captioned the post, "My new single "UP" drops this Friday! LETS GOOOOOO." 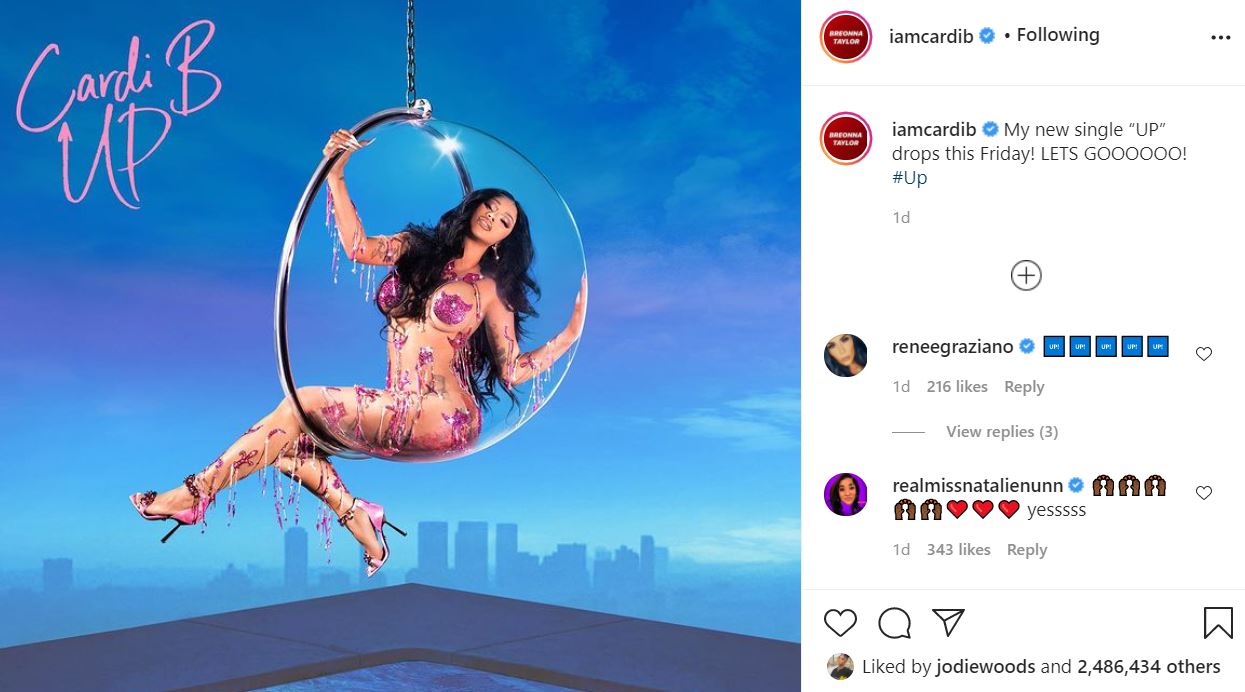 On Twitter, the Grammy-winning rapper expressed gratitude for her longtime music listeners, writing that their presence has been a source of comfort throughout her testing times.
"I want to thank all my fans and everyone that genuinely support me," she began, before opening up about her emotional state.
Cardi added, "I been preparing for this week for over a month. Unfortunately, I'm not feeling how I wanted to feel today. I'm very happy that you guys are happy and just know I do this cause ya go so hard for me."

In a second tweet, Cardi went on, "I'm human and I believe that I'm strong, but it's just too much sometimes. I can't thank my fans enough for lifting me up and remaining solid it really be too much."

However, it is unclear what the rapper has been dealing with in her personal life, but many social media users rallied with the star, writing that they love her and her music.
Last week, the star expressed her frustration with covering the cost of frequent COVID-19 testing for herself and her team multiple times per week.
"Every time we get tested is about USD 250 each. This is seriously a new business. It's necessary because if you in my space and you get COVID, I can get sued ... If I do a commercial and I get COVID, the company can get sued," she wrote on Twitter.
Previously in September, Cardi filed for divorce from her husband and rapper Offset after three years of marriage. Their split came after accusations of Offset's infidelity resurfaced, but Cardi called off the divorce in October. (ANI)

Tags assigned to this article:
Cardi B New single up Entertainment News