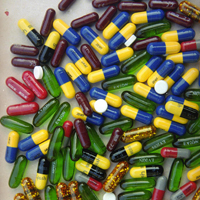 08 November, 2014
Print this article Font size -16+
India's patents appeal board has dismissed British drugmaker AstraZeneca's petition challenging an earlier ruling that refused patent protection for a cancer-fighting drug, in the latest blow for Big Pharma in the country.

The decision is also a setback for struggling AstraZeneca, which is battling to turn itself around as key drugs lose patent protection.

And early this month IPAB revoked a six-year-old Indian patent granted to Roche's <ROG.VX> hepatitis C drug Pegasys, citing lack of evidence that the drug was any better than existing treatments.

Multinational drug manufacturers regard India's $13 billion drug market as a huge opportunity, but are wary of what they see as lax protection for intellectual property in a country where generic medicines account for more than 90 percent of sales.

Indian generic companies, which do not need to plough money into future research, can produce drugs at a fraction of the cost of originator firms like Roche or Bayer.

A challenge to a review petition does not come under the purview of the IPAB, and even on merit the petition has failed, S. Majumdar & Co, the counsel for Natco Pharma, said in a statement.

AstraZeneca could not immediately be reached for a comment by Reuters. The company has the option to take its case to India's Supreme Court.