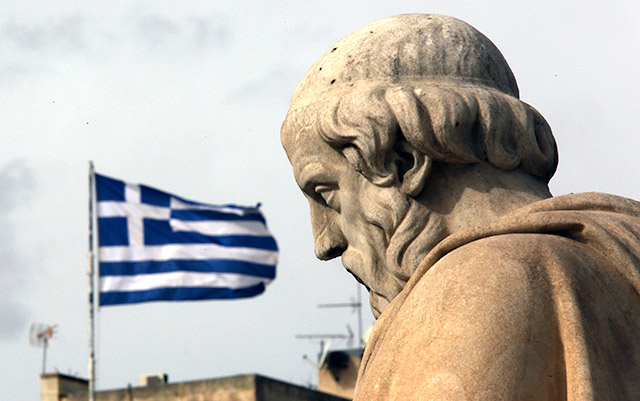 Much like the famous Led Zeppelin song, the European Union (EU) seems to be in a relationship it can’t get out of. While some analysts and economists believe the European Central Bank’s (ECB) measures of quantitative easing (QE) could be positive, it is Greece that keeps the EU economy on tenterhooks. Besides its excessive debt, Greece’s recent election results, where the anti-austerity Syriza party gained power, exacerbate its situation.

In a long overdue move, the Draghi led ECB recently announced a QE programme taking from the likes of the USA, UKand Japanthat is likely to bring relief to the long struggling Euro-zone. The key point of the programme is that the ECB will fuel investments by directly buying €60 billion worth of sovereign bondsof the Euro-zone countries in the secondary markets at monthly intervals starting March 2015 and running at least to the end of September 2016. What it seeks is to further weaken the Euro and raise inflation by increasing asset prices which, in turn, will stimulate the economy, raise trade volumes of the struggling Euro-zone nations and make access to finance cheaper.

While measures of QE have worked to provide immediate relief to the then struggling economies of the USA and the UK, this may not be the case with the EU. The Euro-zone has been plagued with excessive debt and unemployment, and the measures announced by the EU have to be big for them to be efficient.The measures indeed seem big, but one of the major struggles of the QE programme will be injecting money directly into the economy. The structure of the EU means that the bond purchases will have to be split as per the capital shares of the ECB, and the countries that need this infusion the most, may not end up receiving them. Further,in order for the QE measure to work, the institutions that sell the securities need to be willing to use this funding and spend in the real economy – a scenario that is up for debate.

To add to the woes of the EU, the newly elected Syriza government has long opposed the anti-austerity measures imposed on the Greeks as a part of the original terms of the bailout by the Troika,and Alexis Tsipras, the newly elected prime minister has vowed to re-negotiate the terms of the original bailout. Reports suggest that the EU is discussing extending Greece’s bailout, and maybe even lowering interest rates, but it seems unlikely that they have any intention of writing off Greece’s debt.The newly announced QE program brings with it additional eligibility criteria, and Greece, with their current austerity measures in place, will be subject to stricter conditions. While any infusion of capital in Greece will be welcome and will boost Greece’s economy, the Syriza’s demands seem to be on the line of a debt write-off.It is unlikely that this will happen, and the only form of leverage left with Greece will be a threat to exit the EU, bringing with it calamitous consequences.

Some argue that the ECB could have acted sooner to introduce similar measures, but whatever the outcome, any form of compromise with Greece may open Pandora’s box and soon countries like Spain and Portugal, which have already shown signs of similar demands, may start raising concerns of their own.One thing is certain – the EU can’t afford to de-stabilize itself by allowing Greece to exit the EUat this stage.This could well be the calm before the storm.