Can Hyper-local Startups Wipe Out Middlemen?

Third party logistics is a Rs 48,000-crore business. But how does one organise a rent seeking and unorganised business where technology is not the panacea? Hyper-local is suddenly the favourite word for investors. It has almost become a cliché with everyone seemingly having an opinion about the potential of such a business. Investors say it is the next big boom and is supposed to wipe out middlemen in the logistics trade. Recently Opinio Raised $7 million From Delhivery And Accel Partners. RoadRunnr too raised $11 million recently from Sequoia, Nexus Venture Partners and Blume Ventures. But who has got the metal to take on this industry by looking at the problems of logistics and delivery from the ground up, the history of the system, rather than throwing technology at it? 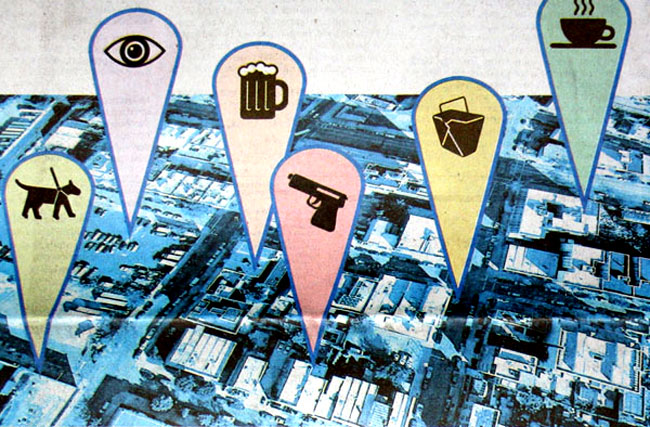 17 November, 2015
Print this article Font size -16+
On paper, it is true that all rent-seeking middlemen needs to be wiped out. The organised retailers tried it a decade ago by sourcing directly from the farm and they built an entire narrative around local for local and direct price discovery for the farmer. They said the commission agent who also transported goods will be out forever. In the end, organised retailers began to source directly from the middlemen in the agricultural market. They realised it was far more cost-effective to work with middlemen because they sourced from several farmers to bring the price down. Working with a bunch of farmers did not make any economic sense for the retailers, other than being featured in magazines as change agents of India. The retail industry finally burnt close to Rs 20,000 crore in shutting down stores and wiping out losses.
For a start, startups like Grofers, PepperTap, Tiny Owl, RoadRunnr, Shawdowfax, Opinio, GoJavas and many others are the new contenders. They too have decided to go directly to the consumer, the logistics provider and the merchant with a technology play. There are two business models. The first model aggregates merchants. They collect grocery items ordered by the consumer through an app, from the merchant and deliver on their behalf. The second one aggregates merchants and logistics providers to connect with each other and in some cases also deliver to the consumer.
Logistics businesses that directly reach the consumer have raised large sums of money; PepperTap has raised $47.2 million and Grofers has raised $45.5 million. They need inhouse logistics or outsource the logistics in order to deliver to customers locally if and when they have millions of orders per city. These businesses hope to connect with Indians who will use the smartphone to order from their apps and buy locally. The bet is on the potential rise of transactions from first time internet users on smartphones.
Today India is poised to sell close to 160 million units (expected by end of 2015). However, there is no data available on individuals who transact on the smartphone on a daily basis but is not likely to be more than 40 millions today. There is also no available data on people using phones to buy grocery. Today, the number is very dismal because none of the internet companies are generating cash from operations, let alone turn profitable. Everyone is on an investment cycle and they are in customer acquisition mode. Perhaps their bet would be appropriate if they worked on changing the habits of the 140 million women in urban India.
Unfortunately the local kirana store seems to be playing the role of a Luddite. They have been averse to using technology which records the number of transactions that they have made. Also they employ their friends and relatives to back up as delivery boys. Even if a small portion of the consumers move to ordering grocery from their app, then these startups are in business. But the kirana may spoil the party by just ignoring to use technology to increase their business. Startups which minimise the cost of acquisition, of consumers and these kiranas, will ultimately survive the logistics race on the consumer side.
On the business to business (B2B) side, there are apps which allow merchants to connect with logistics solutions providers and also provide services to companies that need to deliver products directly to their consumer. There are others like RoadRunnr, Shadowfax and Opinio who manage the delivery for merchants. RoadRunnr, for example, connect merchants by aggregating local logistics companies. According to the rating agency CRISIL, there are over 12 million small retail businesses in India and 600,000 wholesale businesses. The opportunity to connect these wholesale merchants and retailers makes for a huge business potential. The loop is completed when these startups manage delivery to consumers on behalf of the merchants. These companies can also bet on inter-city transport within each state dominated by traditional merchants who use little technology to connect with merchants. There are 48 million small businesses in India which require organised logistics support.
However, breaking the back of the traditional logistics network is the challenge. They can burn cash, like Ola and Uber, to incentivise their logistics partners to use the technology platform and connect with retail merchants who will discover competitive pricing per kilometre of cargo transported. Again will burning cash on kiranas, merchants, wholesalers and consumers - really determine their stickiness?
The point is that the middlemen are ingrained in India's trade culture and people are used to working with them. Technology has not been enough to wipe out the commission agents. Perhaps all these startups have jumped in to the business without taking lessons out of Indian culture. Playing the role of the aggregator can just go awry without looking at the cultural dynamics of logistics. It is older than the current Uber and Ola phenomenon. These on demand cab services have disrupted the middlemen cab operators and their dominance in the trade because consumers discovered cheap fares and the cab drivers are incentivised. But, logistics is another cup of tea. The business works on direct relationships with merchants and is an extensive credit system because it involves large sums of money. Both parties, the local truck operator and the merchant, have built years of trust. May be that is why these startups have limited themselves to the smallest of merchants in the grocery trade, another complexity by itself.
Hopefully these startups do not run in to the same problem as our organised retailers did a decade ago.
Tags assigned to this article:
hyper-local Third party logistics grofers Peppertap Tiny Owl Shawdowfax Opinio gojavas middlemen vishal krishna