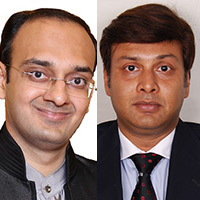 08 November, 2014
Print this article Font size -16+
The metals sector is of strategic importance for any industrial nation. With the Indian GDP growing sub 5 per cent over the last two years, measures to boost the sector have become imperative. While there is immense potential for the industry in India, it is currently plagued with internal challenges where government intervention is required to propel it back into sustainable growth.

Low domestic demand is a critical factor impacting industry prospects. Steel sector consumption in India grew by a mere 0.6 per cent in FY14. While base metal prices were steady since last year, domestic steel prices which rose in FY14 have reduced now due to a dip in input costs.

The two industries that are key demand drivers in the sector are infrastructure and real estate, and automotive. The infrastructure sector constitutes to 2/3rd of the total demand for metals. The new government has already acknowledged the urgency to spur infrastructure growth and has named a number of initiatives. Investment in industrial corridors, the expansion of railway networks and other urban infrastructure are likely to be the engine of growth for the metals sector.
While ambitious plans have been laid out by previous regimes, we believe timely implementation will be key. The Cabinet Committee on Investment formed in January 2013 to facilitate the clearance of large projects has cleared 296 projects worth Rs 660,000 crore by January 2014 which should trigger the demand for metals, going forward.

The automobile sector is also an important demand driver for the sector. In February's vote on account, the government had announced excise duty cuts on small cars, commercial vehicles and two-wheelers from 12 to 8 per cent in a bid to revive consumer demand. With improvement in both consumer visits at the showrooms as well as retail conversions, there has been an uptick in May sales numbers, thus spurring hope of a moderate turnaround by the end of the current fiscal. In the upcoming Budget, we expect the government to retain excise duty structure on automobiles. Demand pick-up in these two sectors will in turn improve the demand for metals.

While we can expect uptick in demand going forward, lack of adequate input resources such as iron ore, coal, and bauxite continues to be an impediment for the sector. The key hindrance in the past has been the delay in issuing mining rights and cancellation of mining licences which not only discouraged metals players from investing in fresh capacities but also forced them to curtail existing output. Companies are now wary of setting up greenfield projects without securing backward linkages.

In a bid to clamp down on illegal mining, licences have been withheld and mining caps have been imposed on states. The shortage of raw material has adversely impacted production and input costs have shot up as companies resort to imports or purchases at higher prices. The government needs to proactively engage with the courts to resolve all sub judice matters which have halted production in existing mines.

Mine production has not kept pace with metal production. To ensure enough resource availability to the sector, there is a clear need for a policy framework which facilitates mine allocation in a fair, efficient and timebound manner. It takes five to eight years to procure a mining permit in India versus a year in Australia. It is imperative such lengthy timelines are reduced drastically. Led by the Geological Survey of India, the country needs to increase its spend on exploration projects to expand its mineral resource base.

There is greater need for inter ministerial coordination to resolve issues in mining and facilitate raw material securitisation. We hope with the new government appointing a common Minister for the closely linked industries such as Mining and Steel, and Power and Coal, issues faced by the industry will be resolved in an integrated manner. The government also needs to undertake measures to enhance the ease of doing business, rework land acquisition rules, invest in logistics infrastructure, ensure resources supply including power and introduce labour reforms for industry to perform to its potential.

With the India long-term growth story being intact, the metals sector is expected to be the key beneficiary.