Call Of The Times 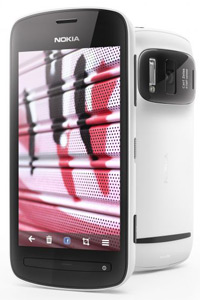 Cheaper Smartphones: While the big guns did get the lion's share of attention, there were also some interesting announcements in the "non-quad-core-5-inch-screen" category, i.e. the category for the rest of us who don't crave the latest and greatest (or simply cant afford to!). Nokia announced the Windows Phone-based Lumia 610, which at about $250 will give users the one of the lowest entry points to buy into the Windows Phone platform. Intel's also announced the 1GHz Z2000 processor which should drive cheaper smartphones in the next 12 months – having missed the bus on the mobile space, Intel would be more than eager to make up for lost ground, so expect interesting announcements in this space in the months to come.

Convergence Or Oddity: Is the Galaxy Note 10.1 an oversized phone or a tablet with an identity-crisis? Whichever way you look at it, converged devices made a strong showing at MWC. The most interesting was the Asus Padfone, which is an Android smartphone that docks into a tablet (the Padfone Station). At Mobile World Congress Asus announced that the Padfone Station will also be able to dock into a keyboard just like the Eee Pad Transformer Prime. The keyboard dock essentially turns the phone into an ultraportable laptop and provides 9 times the original phone's battery. Think of the benefits — you carry essentially one device at all times, all your data is always synced (it's still one device powering the whole experience) and the form factor changes to meet your needs. Impressive, to say the least.

iPad 3: Of course, Apple wasn't there at MWC, but the next iPad's shadow loomed over MWC, with just about every tablet maker trying to second-guess what Apple would do with the iPad, and beat them at that game. Samsung unveiled the Galaxy Note 10.1, a 10.1-inch tablet with a stylus that can be used to draw or write on the screen, while Asus had their Padfone. And just as Google's Eric Schmidt took the stage for the keynote, Apple dropped the bomb and announced the iPad launch event. Classic show-stealing tactic that had many industry watchers chuckling at the timing.