Call For Freedom Of Expression 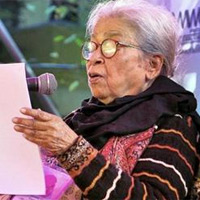 08 November, 2014
Print this article Font size -16+
After a raging row that forced Salman Rushdie to keep away last year, this year's Jaipur Literature Festival kicked off to a peaceful start amidst tight security with overriding sentiments favouring independent space for authors and the need to defend the freedom of speech.

Even this year's edition, the eighth since 2005, is not free from controversies with both Muslim and right-wing Hindu organisations raking up issues but festival organiser Sanjoy Roy made it clear that they would not be "bullied" by anyone.

While Hindu organisations are opposed to participation of Pakistani authors, Muslim organisations want that four authors who has reportedly read out from Salman Rushdie's "Satanic Verses" last year should be kept out.

Rushdie, whose presence in the festival was strongly opposed and led to his calling off the visit to India last year, himself remarked in Delhi today that "it is cultural emergency. Well it is a different emergency."

But, the organisers remained unfazed over controversies and Chief Minister Ashok Gehlot appealed against politicising the visit of the Pakistani authors. He promised adequate security for the meet.

"We are against terrorism of mind and all kinds. We are not ready to be bullied. We have an extremely good Constitution and we need to stick to its principles. We cannot allow the agenda of India to be hijacked by any group," said festival producer Sanjoy Roy. "Authors don't write to please. We should allow them the independent space to write," he said.

"The right to dream should be the first fundamental right of people. That is my fight, my dream in life and literature," she said in her speech titled "O to Live Again" at the sprawling grounds of the Diggi Palace lawns, the venue of the five-day literary jamboree. .


Some Muslim groups had warned JLF organisers against inviting authors who have "hurt" religious sentiments of the community, including Jeet Thayil, Ruchir Joshi, Hari Kunzuru and Amitava Kumar, who had reportedly read out passages from Rushdie's banned "Satanic Verses" at the event last year.

"It seems as if culture has become the new target and may it is because you know writers, painters, filmmakers, scholars don't have armies, gangs or bully boys that you can put on streets to defend our novel or film or painting and so its not hard to attack," said Rushdie, who is Delhi to promote the Deepa Mehta directed "Midnight's Children," a film based on his Booker winning book of the same name.

"Unfortunately in this age of strange form of identity politics that have grown out in which people define themselves not by things they love but by things they hate..." he said.

Following recent tension between India and Pakistan over cross-border violations, many right-wing organisations have opposed participation of Pakistani authors at the festival.

Rajasthan Governor Margeret Alva also spoke the need to "remain committed to the inherent right of every individual to freedom of speech and expression". "This festival is a celebration of this freedom in all its diversity," she said.

"You, I believe, could well be that voice strong and fearless, not bound by artificial barriers of class and creed but committed to the inherent right of every individual to freedom of thought, speech and expression," said Alva.

Meanwhile, 87-year old Mahasweta Devi spoke about marginalised communities in the country and said that it had been her endeavour to write about their culture and struggle.

"People have been evicted from forests... Where will they go? There are Naxalites whose crime is they dare to dream. Why should they not be allowed to dream? There can be only one acceptable way and that is humanness. We have to accept each other's right to be human with dignity," she said.

The Bengali author, reflected on her long and illustrious life and writing career in a speech laced with references to the rich world of ideas she has imbibed from the tribal and rural cultures that have been the subject of her work.

The event that has been described by many as Maha-kumbh for book lovers was given a new metaphor by festival co-director Namita Gokhale when she compared JLF to a "Banyan" tree which keeps on spreading.

The festival last year hosted around 1,20,000 visitors and is expected to draw huge crowds this year as well.

"We have a world beating team of authors here. The registration have already doubled this year and we expect huge crowds especially at the weekend," said festival co-director William Dalrymple. Organisers have lined up nearly 275 authors for the event.