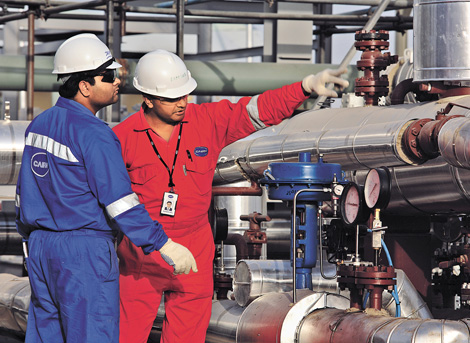 16 March, 2015
Print this article Font size -16+
Cairn India Ltd, a unit of London-listed Vedanta Group Plc, said it received a demand of about Rs 204 billion ($3.26 billion) from the Indian tax office on Friday (13 March) in relation to the 2007 listing of the company.

Cairn India, the country's largest private sector crude oil producer, said in a statement to the stock exchanges that it did not agree with the demand and would pursue all possible options to "protect its interest".

The high-value tax demand on the two companies comes after the Indian government, led by Prime Minister Narendra Modi, had sought to reduce tax-related litigation and move towards a tax-friendly regime to boost much-needed foreign investment.

Britain's Foreign Secretary Philip Hammond said Finance Minister Arun Jaitley explained that the Cairn Energy case was started by the previous government and that New Delhi was powerless to stop it.

Jaitley is scheduled to arrive in London on Friday to drum up investment in his country.

Cairn India said on Friday the tax office raised the demand after its alleged failure to deduct withholding tax on capital gains made by its former parent during the fiscal year ended March 2007 as part of a reorganisation ahead of its market listing.

The demand comprises Rs 102.48 billion in outstanding tax and a similar amount in interest.

News of the tax order pulled Cairn India shares down as much as 3.8 per cent, while the broader Nifty was down 1.4 per cent. Cairn Energy shares were down 2.8 per cent.