CSR Spending To Be Mandatory 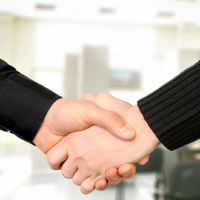 08 November, 2014
Print this article Font size -16+
With an aim to improve corporate governance, the government on 4 October approved various amendments to Companies Act, including mandatory earmarking of funds by companies for Corporate Social Responsibility (CSR) spending. As per the amendments approved by the Union Cabinet, the companies would also have to give preference to the local areas of their operation for such spending.

The companies would have to either implement mandatory CSR spending or "cite reasons for non- implementation" or any short-fall, as per the proposed amendments. Previously, the Bill had called for the companies to "make every endeavour to" spend two per cent of their 3-year average profit towards CSR activities - thus leaving the matter voluntary for the companies.

Among other major proposals, which would now go to the Parliament for approval, a new provision has been made for punishing those falsely inducing a person to enter into any agreement with banks or financial institutions with a view to obtain credit facilities.

The revised Companies Bill, 2011, which is expected to be introduced in the winter session of Parliament, has also limited the number of companies for one auditor to 20, while brining in more clarity on criminal liability of the auditors.

An official release about the Cabinet decision said the amendments help serve "better the interests of the corporates, investors and other stakeholders".

"The proposed legislation will bring the law on the subject of corporate functioning and regulation in tune with the global best practices so that there is further improvement in corporate governance in the country through enhanced accountability and transparency," the release said.