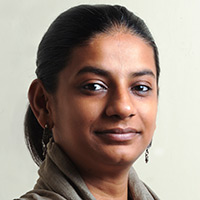 08 November, 2014
Print this article Font size -16+
Draft guidelines issued by the Central Electricity Regulatory Commission (CERC) on December 6, 2013, resulted in the fall in exchange rates of power generations companies. But utilities are confident that the regulations can be negotiated.

Power companies are up in arms against the Central Electricity Regulatory Commission (CERC)’s draft regulations which will decide power tariffs for five years from 1 April 2014. Analysts placed the impact of these guidelines anything between 3-7 per cent decline in profits for companies like NTPC and NHPC. This led to panic in the stock market and shares of power generation and distribution firms declined following the announcement - NTPC (down 10.33 per cent), Adani Power (down 2.96 per cent), Power Grid Corporation of India (down 2.27 per cent), GVK Power & Infrastructure (down 2.77 per cent), Tata Power Company (down 2.08 per cent), Torrent Power (down 2.2 per cent),

The draft seeks to tighten operating norms for generators, including parameters governing heat and oil consumption and links incentives to the plant load factor (PLF). Generators will be incentivised for higher generation reflected in PLF. There is also a disincentive to be levied if plants are available for less than 85 per cent of the time. The stricter guidelines imply “profitability squeeze”, explains Kameswar Rao, Leader Energy Utilities and Mining, PwC India.

But the largest power producer says there is no need to panic as “These are just draft guidelines and there are many positive aspects as well that are not being counted.” The negatives we will be further discussed with the regulatory authority explained NTPC Chairman Arup Roy Choudhary, who is confident that in return the company will receive some relief.

According to NTPC, the fact that Return on Equity (ROE) of 15.5 per cent remains unchanged, additional ROE of 0.5 per cent on early completion of project remains unchanged, special allowance for operating station after useful life has been enhanced to 7.5 lakh /mw/year from 5 lakh /mw/year in 2009-10, water charges to be excluded from O&M expenses and will be pass through separately, annual escalation on O&M expenses to 6.35 per cent from 5.72 per cent. Compensation allowance (Rs lakh /mw/year) has been enhanced, during R and M of units O&M expenses and interest on loan will be pass-through, rate of late payment surcharge increased from 1.25 per cent to 1.5 per cent per month, debt equity ratio remains the same, pay revision recognised as pass through.

These guidelines are only applicable to power generators not granted under competitive bidding process and who supply electricity to more than one state therefore will have little impact on the private power developers immediately explains Kameswar Rao. But he cautions against the long term impact of these norms as they could mean a reduction in surplus and equity therefore impacting growth. According to him, “Large companies like NTPC use surplus to set up new plants and with stricter norms there will be less surplus and little equity to expand... it is not like the government will put in money to set up new plants.”