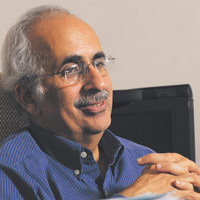 08 November, 2014
Print this article Font size -16+
What’s sauce for the goose is not sauce for the gander. Or so it would seem if you went by the Competition Commission of India’s orders. The latest instance where the commission arriving at different readings of similar looking circumstances was in its order letting off the national hockey federation, Hockey India (HI) with a warning, A proverbial rap on the knuckle when compared to the Rs 52 crore fine levied on the Board Of Control for Cricket in India (BCCI) just a few months ago.

The conducts of both associations were similar. The World Series Hockey (WSH), an IPL-like tournament was mooted in 2010 by the Indian Hockey Federation (IHF), a rival association to HI. Faced with the loss of its stronghold over the sport in the country, HI got the Federation of International Hockey to introduce rules regarding sanctioning of events, and deny permission to WSH based on those rules. The Director General of investigations at the CCI had found that the chronology of events suggested that efforts were made by HI & FIH to pressurise the promoters of WSH to either join them or face the consequences of non-participation by national players.

Clause Of Convenience?
The question in both the cases was whether the official body had acted in an anti-competitive manner to abuse its dominant position in the market. The commission took objection to an undertaking BCCI had given to its media rights partner MSM that it would not sanction recognise or support another professional league during the contract period, finding it an abuse of its dominance.
The case against Hockey India, on the other hand, was not supported by such direct evidence. As the Commission's chairman Ashok Chawla explains, "Since WSH had not approached either HI or FIH for sanction, we can't take a view that sanction was rejected". (Chawla disagrees with the comparison between the two cases, arguing that the case against BCCI was built around the grant of media rights, and that the fate of the rival Indian Cricket League was not argued since it happened before the relevant sections came into force)

But as Desh Gaurav Sekhri, sports attorney at law firm JSA says, the changes to the code of conduct that the hockey players were bound by, while not prohibiting participation, likely acted as a sheer deterrent to the players. To argue that Hockey India’s decision did not have commercial aspects to it, it would be too narrow a reading, he says. While HI at that time did not have a rival league, it did come out with one soon after.

The view is echoed by Abhyudaya Agarwal, a lawyer who co-founded iPleaders, a legal start-up. “In the case of the hockey association, the Commission seems to have held back, he says. The decision should ideally have gone the way of the BCCI case. "From the perspective of sportsmen, relatively inconsequential differences

in the two cases have led to opposite outcomes", he goes on to add. What the Commission has done, instead, is warn that there is potentially a conflict between Hockey India’s regulatory function and its commercial activities which could lead to potentially anti competitive situations, and hence, it must construct Chinese walls to prevent that from happening.

Rahul Singh, head of Competition practice at Trilegal, however, differs with this view. In the BCCI case, he says, the Commission had found an egregious use of regulatory function to enter into a long term contract with a media partner to exploit its dominant position.
Read: The Case Of Mixed Signals by BW's Abraham C. Mathews
Nevertheless, this is the second time the Commission has found itself in the eye of a storm over seemingly contradictory orders. After the much-hyped order against cement manufacturers, imposing a collective fine of Rs 6,300 crore for forming a cartel to keep prices high, it let the tyre companies off without any fine even though it’s investigation wing had collected reasonable evidence pointing to similar behaviour.

ML Tayal, a member of the commission, who is also the chairman of Hockey Haryana, affiliated to Hockey India has recused himself from the case.