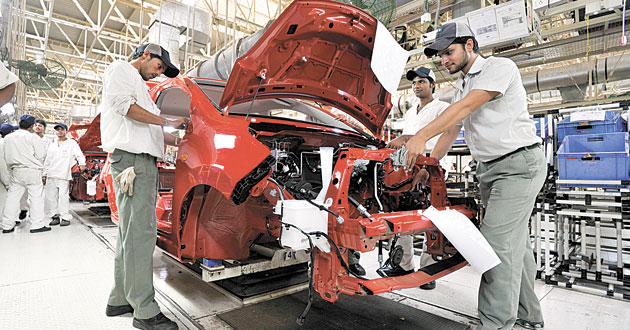 08 November, 2014
Print this article Font size -16+
About 50 per cent of Ford’s customers use the brand’s authorised service centres after the warranty period, according to the company. For Maruti, the latest available number was 33 per cent, for Mahindra & Mahindra 52 per cent and for Tata 41 per cent. During warranty period, buyers don’t have an option, as the purchase agreement explicitly states that using any alien part invalidates the benefits.

No wonder, carmakers make the bulk of their profits from sales of spare parts (you pay for spare parts even during warranty). According to a CCI-McKinsey report, though the after-market contributes a modest 24 per cent of the companies’ revenues, it brings in 55 per cent of the profits. Maruti makes a 20 per cent margin off its spare parts sales, as opposed to 4.4 per cent from the automotive business. Ditto with the ratios of its competitors. The buyer, seduced to buy through discounts, is then fleeced the moment the car needs a repair.

Or so feels the Competition Commission of India (CCI). In an order last month, the commission observed that once a carmaker had ‘acquired’ a customer, it abused its subsequent monopoly over the customer by pricing spare parts at exorbitant rates. The parts were sold at a mark-up over cost that ranged from 34 per cent to over 10 times (1,000 per cent) in some cases. Companies were, apart from being fined 2 per cent of their turnover, ordered to allow spare parts makers to also sell to retailers other than the company’s authorised dealers, so that fair competition would bring in more reasonable pricing.

That is good news for car owners on two counts, says Abdul Majeed, partner at PricewaterhouseCoopers India, and auto industry expert. Spare parts will now be less expensive. But on the other hand, will this not have an impact on the original price of cars? After all, carmakers argue that the margins on the spare parts were subsidising the cost of purchasing a new car. That may happen only gradually, says Majeed. He reasons that car prices are low because of competitive pressures, which remain.

The ruling spells good news for customers beyond just car owners. In essence, the CCI recognised a principle called after-market abuse; that is, acquiring a customer, and then using that stranglehold to sell parts at a steep premium.