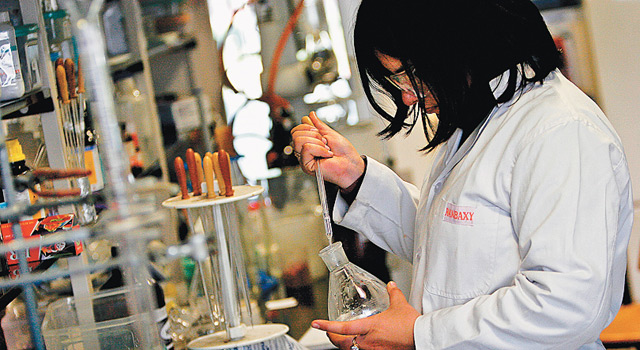 10 December, 2014
Print this article Font size -16+
The long-pending $4-billion merger between Sun Pharma and Ranbaxy on Monday (8 December) got a conditional approval from fair trade watchdog CCI, which asked the two companies to divest some key products along with other changes to the deal to address the anti-competitive issues.

The fair trade regulator's approval comes after the first ever public scrutiny carried out by it for a merger, which was announced in April and would create India's largest and world's fifth biggest drug-maker.

CCI has directed Sun Pharma to divest all products containing 'Tamsulosin + Tolterodine' which are at present marketed and supplied under the Tamlet brand name.

Similarly, Ranbaxy would be required to divest all products containing Leuprorelin which are marketed and supplied under the Eligard brand name, among others. In all, six products will have to be divested by Ranbaxy and one by Sun.

According to the fair trade watchdog, the modification to the proposed deal aims "to maintain the existing level of competition in the relevant markets in India".

This would need to be done through creation of a viable, effective, independent and long term competitor in the relevant markets pertaining to the divestment products, CCI said in the order.

"Ensuring that the approved purchaser of divestment product(s) has the necessary components, including transitional support arrangements to compete effectively with the merged entity in the relevant markets in India.

The combined entity would have operations in 65 countries, 47 manufacturing facilities across 5 continents, and a significant platform of speciality and generic products marketed globally.