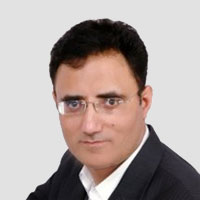 08 November, 2014
Print this article Font size -16+
The 2013-2014 Union budget is definitely going to be a big event for markets, employers, agencies as well as investors. Considering the fact that India saw stark signs of a slowdown in the year gone by with declining exports, depreciating rupee and the diffusing investments – we need a foolproof revival budget.

Expectations from this year’s budget are undoubtedly high. What steps will be taken to stabilise the slowdown? How will the economy come back on track? Will we finally see the skill gap close? These are only a few of the umpteen burgeoning questions, or rather issues. The final verdict on the budget can be made only when it is out and making the rounds; nonetheless, the analysts have been doing their work to give the masses a peak into how India Shining 2013 will look like.

Where The Opportunities Will Be
As per the survey done by CareerBuilder about job forecasts for 2013, infotech, marketing and customer service retain the top positions in 2013.

For those looking for company specific data – TCS has grand recruitment plans for 2013-14. The IT giant has already rolled out 25,000 hiring offers to campus students. Bullish trends in hiring will be reflected by sectors like banking and insurance, manufacturing, construction as well as oil and gas. In 2012, hiring trends for most of the sectors apart from retail and real estate were bland and dry.

The current year’s budget shoulders the responsibility of taking a firm step with regard to fuel progress in sectors that lag behind. Comparing India with the rest of the globe, analysts say that India is performing brilliantly. As per a ‘Business Today’ report, “Despite the continuing impact of global macro-economic situation and the uncertainty around the economic and political environment, in India, employer hiring intentions remain positive across sectors and geographical regions.”

Highlights
The Other Side
Optimism aside, India needs to tread carefully in the initial months of 2013. The mostly stagnant economy will only be able to pick up pace after it has spent considerable time on shrugging off the sluggishness. Where most debate and assume that hiring trends in 2013 will be more or less bright, the Finance Minister P. Chidambaram’s stance seems to differ.

Efforts need to be made in the area of sustainable growth. The Finance Minister seems to know that things will only improve if measures are taken to improve the existing work conditions in organizations. A significant measure that can help would be to create conditions that bolster private investments.

New Hiring Trends
Conclusion
With almost as many as 83 per cent of the respondent’s surveyed saying that the economic situation of the nation will improve in 2013, there is a lot that the Union Budget shoulders if it has to meet their expectations. “About 87 per cent of surveyed employees stated that their workload has increased significantly in 2012 and 93% have indicated preference towards better work-life balance in 2013.”

To wrap it up, the budget is not just expected to stabilise but to create buoyancy in the economy this year. The focus should be shifted from taxes to workplaces improvisations.