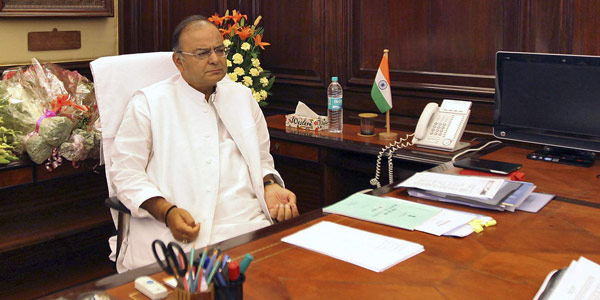 Jatiley, at a pre-budget consultation in the run-up to Budget 2014, asked the social sector related groups to help the government in taking positive advantage of demographic dividend.

"We may have been implementing the various social sector programmes but there is need to upgrade them and their delivery mechanisms and also provide adequate interventions within the fiscal space available" the Finance Minister said in the meeting.

Jaitley stressed there was need to ensure that the benefits of these programmes reach the poor and marginalised and other weaker sections of the society.

It was his second pre-budget consultation meeting of the day. Earlier in the day, he had met representatives from the agriculture sector.

The Finance Minister would be presenting the general Budget early next month.

He is scheduled to hold similar consultations with industry and trade groups on Friday (6 June).

Major suggestions made by the social groups include higher budgetary allocation in General Budget 2014-215 for 2.68 crore disabled people and simplification of procedures for seeking grants and their timely release.

Other suggestions include higher allocation to promote use of renewable energy especially solar and wind energy, focus on making a roadmap for replacing kerosene and diesel by renewable energy wherever possible and creation of National Green Energy Fund among others.

Other suggestions made during the meeting include focus on financial inclusion by setting-up of a SPV by public sector banks, universalise the pension for all the poor, extension of Rashtriya Swasthaya Beema Yojana to all the districts in the country and setting-up of old age home in each district.

They also recommended setting-up of National Nutrition Mission and creation of a Dalit Fund to encourage any innovative activity undertaken by a SC/ST person.