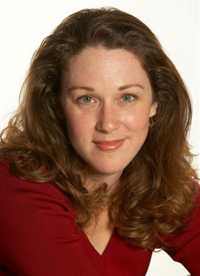 So why do people assume such differences exist?  Our view is that although the beliefs about authority are the same, what showing respect looks like to someone who is 50 versus  someone who is 25 is not necessarily the same.  For example, people in the older generation may believe a sign of respect is to let the most experienced people in the room do most of the talking; but a younger person, although less experienced, may think that they are showing respect, and adding value, by making a substantial contribution!  So we can't assume that younger people are less respectful — or older people are more respectful — just because they may just show respect in different ways.

Leaving a job isn't about entitlement.  It's often said that young people are no longer loyal to organisations in the same way their predecessors were. That may be true, but is that because the character of the generation has changed? Or is it because young managers have more opportunities to move and organisations aren't promising them lifetime job security as they used to in the past?  Do people really believe that if the current opportunities had been available 40 years ago, and organisations hadn't promised to take care of their employees, people in their 20s then wouldn't have jumped at them?  Our research suggests that it is the economic environment and the available opportunities that are the critical factors in the level of loyalty demonstrated, not the generation they were born into.  People of all generations have similar ideas of what they want from their organisation. They want:

All generations want leaders who are charismatic, participative, and team-oriented.   Our data in India indicates that employees of all ages believe that being charismatic, team-oriented, and participative are critical for making a leader being successful.   Just as older and younger people have similar attitudes about authority, they also have similar attitudes about hierarchy; neither older nor younger people desire leaders who are hierarchical. Old or young, both want a leader who motivates, involves others, and works with a team, rather than one who simply directs and orders.

Beliefs that generations are radically different are pervasive , and nothing new.  However, data does not often support the most common assumptions made by the older generation about younger people, and vice versa.  Organisational leaders who can look beyond these commonly held, but often unfounded, beliefs will be able to focus on what really matters to their workforce.  Offering better opportunities, recognition, high quality of work and life, and leading in a way that involves, inspires, and empowers others is what younger and older generations alike want and value.

Jennifer J. Deal, Ph.D, is a Senior Research Scientist at CCL
Sarah Stawiski, Ph.D, is a Research Associate at CCL