As employees increasingly speak out against sexual harassment, companies will find it costly if they are unprepared to deal with it 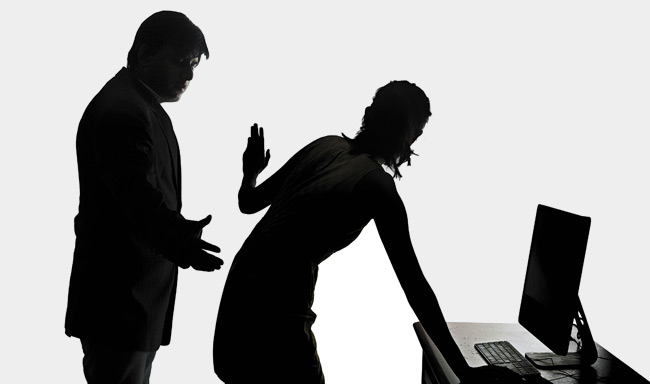 The 29-year-old research analyst who filed a sexual harassment complaint in February against The Energy and Resources Institute (TERI) chief R.K. Pachauri had a tough time being taken seriously, but was eventually vindicated. Victims are more likely to speak out now, and the law requires companies to deal with complaints. Corporate India can no longer afford to sweep sexual harassment issues under the rug.

The TERI analyst told a business publication in July, “Very few supported my version before the internal complaints committee. No one from TERI reached out to me or consoled me. I had to engage a private legal counsel, while it was the organisation’s responsibility to provide me one.” A few days after the FIR was lodged, Pachauri resigned. Announcing his departure, the TERI board made no mention of the complaint. Instead, it gushed, “Pachauri has led and built TERI over the last 34 years from a concept to a major, financially autonomous, professionally dynamic organisation on the global stage.” The victim eventually wrote a letter to the Prime Minister, seeking his help.

The attitude of a world-class institution such as TERI is a poor reflection of how Indian organisations deal with sexual harassment. But things are changing. Last year, for the first time, the National Crime Records Bureau collected data on the sexual harassment of women in the workplace as defined under Section 509 of the Indian Penal Code, and said 536 cases were reported in 2014. Women, too, are more aware that things could be different. In December 2014, Nimbuzz, a call and messaging app company, conducted a survey titled “Pulse of the Nation”, which found that 47 per cent of women say sexual harassment is their top issue at work.

Education And Training
The Sexual Harassment of Women at Workplace (Prevention, Prohibition and Redressal) Act, 2013, requires companies to take measures to prevent harassment at work. Perhaps the most important is educating employees about what constitutes sexual harassment. Many employees and managers equate it with unwanted physical contact, and are unaware that it includes any unwelcome behaviour — a crude gesture, an off-colour joke, innuendo — that creates a hostile work environment for women.

Take, for example, an incident narrated by Augustus S. Azariah, a senior HR professional with a leading multinational company. He says a male manager at the water cooler, seeing a junior colleague pass by in a red sari and sleeveless blouse, called her “sexy”. When questioned, he said he was complimenting her.

Nirmala Menon, founder of Interweave Consulting, which helps companies improve diversity and inclusion, says training helps address this inability to understand the difference between compliments and harassment. She says men sometimes ask during training sessions, “Why do women have to be so hyper-sensitive? How much can a compliment hurt someone?” She says many men believe that if there is no physical harm, the situation should be tolerated, and often do not understand the psychological trauma of harassment.

When the sexual harassment law was passed in December 2013, some alarmed reactions reflected the poor understanding of the issue. For example, Farooq Abdullah, National Conference chairperson and former chief minister of Jammu and Kashmir, said hiring a female personal secretary could land one in jail in case of a sexual harassment complaint, and added, “I don’t even want to keep a woman secretary.”

Menon says it is not only men who need training. Often, women cannot draw the line early enough to clarify what they will or won’t tolerate. Training can help them deal with situations before they become an issue.

With the goal of prevention, companies such as Jaipur-based GirnarSoft, which operates the classifieds web portal CarDekho, and Delhi-based marketing technology company Octane, require employees to undergo an e-training module on sexual harassment. Employees can also freely access the modules on the company intranet. The sexual harassment law, however, does not specify the frequency of the training sessions. “Companies should do sessions and workshops to mitigate their own liability,” says Veena Gopalakrishnan, senior member of law firm Nishith Desai Associates.

GirnarSoft exceeds legal requirements by sending out monthly newsletters with animated videos and quizzes that reinforce learning, and holding seminars led by third-party experts. For example, in March, it invited Mahesh Bisha, Deputy Manager (law) with the Jaipur Metro Rail Corporation, to speak on policies and redressal mechanisms.

Menon of Interweave says, “E-learning modules are a great way to spread awareness. But managers and senior leaders, who carry liability individually and to the company, should undergo face-to-face workshops, as there are nuances they need to understand, and those become clear only in a discussion.” She adds that they should learn not to become over-zealous, as that would take the fun and camaraderie out of work.

Enabling People To Speak
In the Nimbuzz survey, 41 per cent of the women who participated said they feared speaking out against sexual harassment because they lacked confidence in the organisation. The TERI complainant, for example, said Pachauri’s advances began soon after she joined the organisation in September 2013, but did not complain until February 2015, possibly for fear of retaliation. 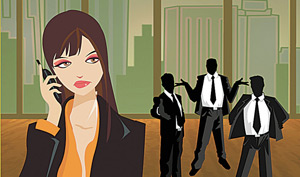 Kavita Krishnan, Secretary of the All India Progressive Women’s Association, says: “In offices, sexual harassment is often a form of power play. The perpetrator uses his senior position and power to extract sexual favours from junior members in exchange for career advancement, and punishes them in case of refusal.”

Genuine office affairs are a personal choice, and cannot be prohibited. But they can create problems for the organisation if one person turns against the other and alleges harassment. In such cases, it is generally the senior colleague who is in the dock. Take the example of iGate Corporation’s former President and CEO, Phaneesh Murthy, who was sacked in May 2013. A company investigation, spurred by sexual harassment charges, led to the conclusion that Murthy had violated company policy by failing to report a relationship with a subordinate employee.

Interweave’s Menon recommends periodic reminders to employees to inform the organisation about any romantic involvement with a direct subordinate, so that the reporting relationship can be altered. This would prevent perceptions of favouritism or conflict of interest. If an organisation builds trust, employees will feel freer to report a relationship or harassment.

Research has shown that an atmosphere conducive to speaking up boosts employee productivity. Here, the role of senior leadership is crucial. Jaya Pareek Kapoor, GirnarSoft’s General Manager for human resources, says her company let a team leader go although he was a good performer, because he used derogatory language and sexually coloured remarks at work. “The management wanted to set an example of the zero-tolerance policy,” she says. She adds that it signals the company’s work culture to employees.

Companies can have hotline numbers or e-mail addresses — GirnarSoft has such an email ID — to enable employees to complain anonymously. Payal Chawla, founder of Delhi-based law firm juscontractus, stresses that names and details of the victim and accused should not become public without the case being substantiated. Reputations built over a lifetime can be destroyed instantly. She adds, “Slanderous accusations… can make the defamer both civilly and criminally liable.”

Companies’ Responsibilities
The law requires every company to have a procedure to address grievances. As part of the redressal system, a company with more than 10 employees must have an internal complaints committee (ICC) at every office location. The ICC head, and half its members, should be women. It should also include a member from an NGO or women’s group. Companies that fail to comply face a minimum penalty of Rs 50,000. Repeated violations can lead to cancellation of the business licence.

Failure to comply can be costly. On 2 September, 2014, the Madras High Court directed Chennai-based ISG Novasoft Technologies to pay Rs 1.68 crore as damages to an aggrieved woman in a sexual harassment case. Her company had no internal redressal system, so she had to go to court. The court noted that the company might have avoided litigation if it had set up a committee.

If a company lacks the bandwidth to form an ICC, the law provides for it to register with a district-level committee formed by the government. However, Menon says, “I don’t think the government is geared to have trained people in each district who can handle such cases.”

HR professional Azariah notes that harassers are becoming more subtle. “In such cases, women sometimes choose not to complain despite being uncomfortable. But if they see a pattern they should speak up.”

Subtle harassment is more difficult to document and combat. Training can help the ICC deal with such cases, use corroborative evidence, and ensure the law is not misused. But according to an Ernst & Young report titled “Reining in Sexual Harassment at the Workplace in India”, 47 per cent of Indian companies said their ICC members have not been trained.

Under the law, an ICC should have at least four members. But Gopalakrishnan of Nishith Desai Associates says, “Since these issues are quite subjective, it is better that the ICC comprises of an odd number – say, five people – so there is a clear majority in decision-making.”

She notes that the law recognises only women as victims. But studies show that one in 10 victims is male. As the workforce gets younger, and women increasingly break stereotypes, companies will benefit by emulating multinationals whose policies cover men and women.