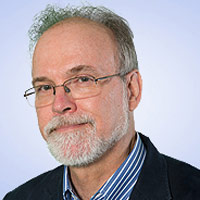 08 November, 2014
Print this article Font size -16+
When Austrian-born writer Stefan Zweig penned his book "Brazil, Land of the Future" addressing the prospects of his adopted home in 1941, Brazilians quickly expanded on the title by adding the quip "and it always will be." Few countries have gone through such dramatic swings between hope and pessimism vis-à-vis their economic prospects over the last few decades.

Brazil is one of the "exclusive group" of 13 economies that achieved sustained high growth (an average growth rate of 7 per cent or more for 25 years or longer) in the decades after World War II.[1] In the case of Brazil, the period 1950-80 coincided with major structural changes (industrialisation, the construction of Brasilia, accelerated urbanisation) and political disruptions (the 1964 military coup). This period, however, was followed by the lost decade of the 1980s, during which a sovereign debt crisis was followed by major macro crises including bouts of hyperinflation amid mediocre growth.

After the Real Plan in 1994 and macro stabilisation in the Cardoso administration, the Brazilian economy gradually regained its strength. Although it never reached Chinese-style performance, it began to merit increased attention in view of its potential as a commodity exporter and magnet for FDI. Moreover, Brazil accomplished a unique feat in promoting income redistribution. It is the only BRIC economy that witnessed a significant decline in its Gini coefficient (a measure of income inequality) in the last 15 years. While the top decile of the income distribution saw its income grow at OECD-style growth rates, the bottom decile had its income growing at much faster Chinese-style rates.

This inclusive growth, the resilience that the Brazilian economy showed during the Great Recession, the discovery of major oil reserves offshore, and the confluence of good news on the world sporting stage (being chosen to host the World Cup in 2014 and the Summer Olympics in 2016) all contributed to a new bout of Brazilian "exuberance" around 2010, when the economy reached a record growth rate of 7.5 per cent (the highest since 1986). If in the 1990s it was difficult to convince external audiences that the Brazilian economy was on the mend, in recent times most external analysts became over-optimistic. Brazil was transformed into a darling of the international media. As it overtook the UK economy to become the 6th largest in the world, the proposition that the "future had arrived" became conventional wisdom.

In the best Brazilian tradition, however, 2012 has punctured this recent exuberance. With an expected growth rate of less than 1.5 per cent this year, there has been an overshoot in negative expectations among both domestic and international observers. There is a growing sense that the government is muddling through some of the key developmental challenges and focusing on credit expansion to foster economic growth, raising concerns about the sustainability of such policies and the risk of inflationary pressures. These concerns are further magnified by the growing dependence of Brazilian exports on China and the fear that a slowdown of the Chinese economy could generate a significant terms-of-trade shock.

The good news is that many of these fears are overblown. Most leading indicators suggest that the Brazilian economy is on track to regain dynamism and annual growth in the 3-4 per cent range in the next three years is within reach. This prediction reflects solid fiscal fundamentals, a robust financial sector (although credit expansion by state-controlled banks requires close monitoring), and a dynamic job market. Moreover, concerns about a crash-landing of the Chinese economy are, to say the least, greatly exaggerated.

The bad news is that in order to escape this "middling" performance, Brazil would have to address major supply constraints. With the lowest investment rate among the BRICs – typically below 20 per cent of GDP – and low domestic savings, infrastructure bottlenecks are unlikely to disappear and financing will be highly dependent on the availability of international liquidity. Moreover, the heavy bureaucratic apparatus that inflates the cost of doing business in Brazil and leads to poor rankings in terms of global competitiveness (46th out of the 59 economies covered in IMD's World Competitiveness scoreboard for 2012) requires complex structural reforms that are difficult to implement in the current political environment.

Last but not least, the Brazilian educational system – in spite of recent progress – is still among the worst performers among emerging economies (Brazil ranked 57th in mathematics among the 65 countries covered by the OECD PISA assessment in 2009). This remains a major hindrance in terms of the quality of its human capital accumulation and a constraint to productivity growth.

In short, the future is still arriving and only by tackling these difficult structural reforms will Brazil be able to accelerate time.

[1] Commission on Growth and Development (2008) The Growth Report. Washington, D.C.: The World Bank.