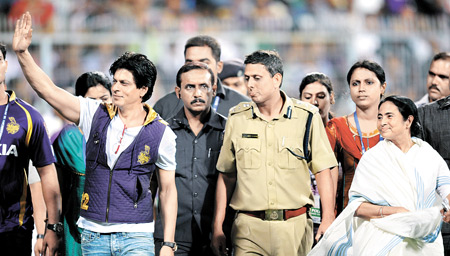 
One cannot say the same about West Bengal, though. According to the India City Competitiveness Report 2011 published exclusively by Businessworld (‘India's Most Competitive Cities 2011', BW, 19 December 2011), Kolkata dropped two places in its overall competitiveness scores over 2010 to settle at the seventh position. The cities that have overtaken Kolkata in the past year are Pune and Gurgaon. The only other city from West Bengal that figures among the 50 most competitive cities in India is Asansol, which is ranked at 41. One can well argue that Asansol improved its position by eight spots over the previous year, but compare that to, say, Gujarat, the state to which West Bengal lost the most high-profile local investment in recent times, the Tata's Nano car project. Gujarat has four cities in the top 20 — Ahmedabad that has slipped two spots to number 9, followed by Surat, Vadodara and Rajkot who have either held on to their spots or improved their positions dramatically. The other common point of interest for West Bengal and the actor is that Khan owns an IPL cricket team, Kolkata Knight Riders, with its base in Kolkata.

Marketers who look for a strategic fit between the brand and its ambassador do not have much to smile about. Irrespective of how his films have fared in recent times, Khan has always been known in Bollywood as someone who works hard, really hard. In comparison, West Bengal, a state estimated to have 27,000 registered trade unions (yes, you read that right), has been losing around Rs 8,000 crore a year due to shutdowns and bandhs. In 2009-10, the state accounted for 76 per cent of all lockouts and strikes that took place in India (see ‘Labour Pain'). "Maybe the idea is to motivate the state to work harder. It all depends on how West Bengal will use Shah Rukh," says Sinha of BBH India.

Manish Bhatt, founder-director, Scarecrow Communications, an ad agency, points out another point of disconnect. West Bengal, with its artists, writers and poets, is often seen as an intellectual state. One can associate Khan's personality with words like "charming", but he has never been perceived as a thinking man's actor.

To be sure, this is not the first time an Indian state has appointed a celebrity as its brand ambassador. Sometime back, Maharashtra toyed with the idea of appointing ace cricketer Sachin Tendulkar as its ambassador, while Tamil Nadu has been talking in not-too-hushed tones about appointing legendary actor Rajinikanth as its mascot. But it is Hindi film actor Amitabh Bachchan who is most sought after as a brand ambassador by Indian states.

Before Bachchan became the ambassador for Gujarat Tourism, he had been appointed the ambassador for Uttar Pradesh in 2003, when the Mulayam Singh government ruled the state. "Tourism endorsement is used as a surrogate for advertising the state," says Bhatt, who was involved in creating an unofficial anthem of Gujarati pride.