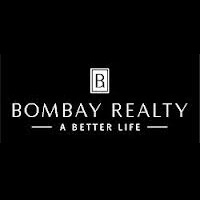 08 November, 2014
Print this article Font size -16+
In a setback to Bombay Dyeing, the Maharashtra government has informed the Bombay High Court that the textiles major had obtained approval for using a mill land in central Mumbai for commercial development "illegally and unlawfully" with the connivance of a government officer not vested with the authority.

According to government's affidavit, the approval granted to Bombay Dyeing for modifying its proposal to utilise 33,545 sq m of its 41,895 sq m mill land in Dadar-Naigaon for commercial development by a section officer working in the state's department of Co-operation, Marketing and Textiles was without any authority.
Read: Bath And Bed To Realty
The affidavit was filed in December last year in response to a petition by Bombay Dyeing and Manufacturing Company Ltd challenging the stop work notice issued by the Brihanmumbai Municipal Corporation (BMC) in June 2012 following a letter to them by the state government stating that no official approval was granted to the company to modify its proposal.

"The section officer working in the textile department one P.D. Chavan on October 4, 2004 issued a letter to the petitioner (Bombay Dyeing) allegedly according approval to the said proposal dated August 19, 2004 without any authority of law," the affidavit filed by Chandrashekar Gajbe, Deputy Secretary, Department of Co-operation, Marketing and Textiles stated.

The government learnt about the approval only after it was mentioned in a report of the Bombay Textile Research Association in February 2009.

"It was on receipt of the said report that the alleged issuance of the said approval came to light which was illegally and unlawfully obtained by the petitioners in connivance with the said officer," Gajbe said in the affidavit.

The affidavit said the proposal was not approved by either the minister of textiles or the chief minister.

"Although the alleged approval stated that it was forwarded to the state Urban Development Department and the municipal corporation, it was not forwarded to either of the authorities and it was not found in the records of the textile department," the affidavit claimed.

The affidavit further said disciplinary action was initiated against Chavan in December 2009 pending which he was placed under suspension for misappropriating government funds.

The affidavit stated that in November 2003, the government had approved a proposal of April 2003 made by Bombay Dyeing, majority-owned by industrialist Nusli Wadia, wherein the company said it wanted to consolidate the textile activity of two of its mill lands Dadar-Naigaon measuring 1,27,870 sq m and Lower Parel measuring 1,02,390 sq m - at Dadar plot for undertaking a modernisation scheme.

However, in August 2004 the company sought to modify the proposal to utilise 33,545 sq m of the land for commercial purposes and retain only 8,349 sq m for textile activities.

In September 2004, the government sought clarification regarding the modified proposals but the company did not respond. "It is pertinent to note that till date, no clarification of any nature has been submitted by the petitioners to the government," the affidavit said.

The affidavit has sought dismissal of Bombay Dyeing's petition and claimed that the company has not approached the court with "clean hands". The matter is likely to come up for hearing on 26 February.

Bombay Dyeing in its petition had contended that the letter issued by the government to the civic body was a "patent abuse of power and is allegedly issued taking into account irrelevant, extraneous and non-germane circumstances which is clearly vitiated by legal and factual malafides".

On the plot, popularly known as Spring Mills, a 38 storey residential-cum-commercial tower is under construction.