Mumbai (Maharashtra) [India], October 2 (ANI): The Bollywood fraternity on Friday paid homage to the Father of the Nation on his 151st birth anniversary. From Sidharth Malhotra to Disha Patani, everyone took to their social media accounts to extend their wishes.
Stressing on his ideals of non-violence, actor Sidharth Malhotra urged his followers to stop spreading hate.
"His ideals of shutting down the violence with Ahimsa gives us the strength in fighting our own battles. Together let's avoid the spread of hate and negativity. #GandhiJayanti" he tweeted. 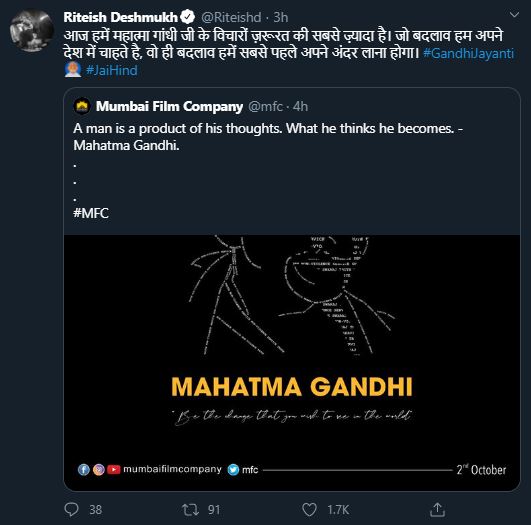 Actor-director Kamal Haasan paid tribute by sharing his daughter's special video-song on Twitter.
"Happy Bday to Mr. MK Gandhi. Sharing what @Iaksharahaasan had sung for me when she was a child. Calling all Indians to remember the great man whose life was his message to us! Let's make India a place where Equality prevails-sare jahan se achcha, Gandhi's India can still be ours!" he penned down in the caption. 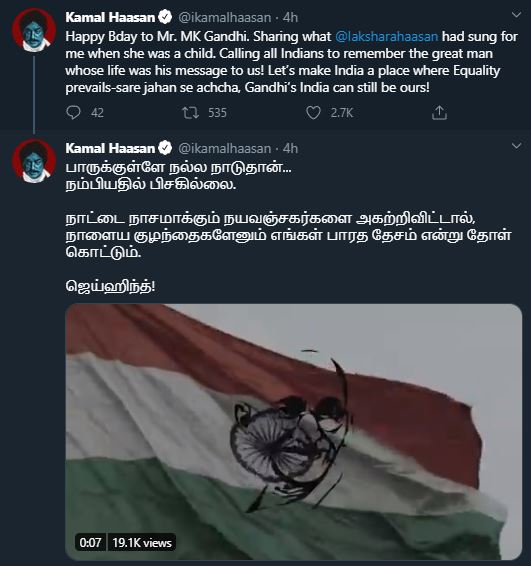 Actor Randeep Hooda paid homage to both of the great leaders, Mahatma Gandhi and Lal Bahadur Shastri, on their birth anniversary through a tweet. 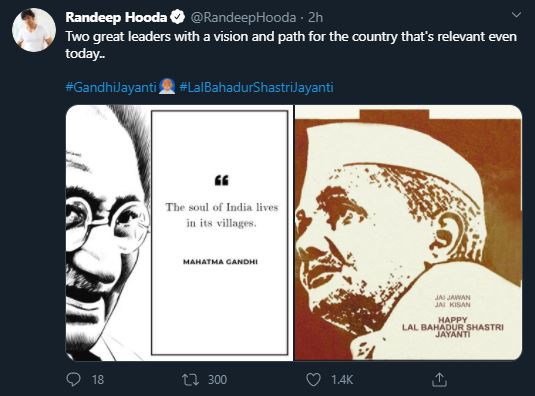 Sharing a quote by Mahatma Gandhi, actor Emraan Hashmi commemorated his 151st birth anniversary. "In a gentle way, you can shake the world. #GandhiJayanti."