New Delhi [India], September 9 (ANI): Delhi Metro Rail Corporation (DMRC) will be operating 66 trains on the Blue Line and two sections of the Pink Line on September 9 and 10, according to DMRC.
The DMRC informed that the Metro trains will be running from 7 am to 11 am in the morning and 4 pm to 8 pm in the evening on both the lines.
DMRC said, "We will be running 66 trains on Blue Line performing around 478 train trips during morning and evening hours on September 9 and 10."
"Similarly, the Pink Line will be operational in two sections. 27 trains with approximately 228 trips from Majlis Park to Mayur Vihar Pocket-1 and 13 trains with approximately 291 trips from Trilok Puri-Sanjay Lake to Shiv Vihar sections of Pink line will be put into service on these two days," said the DMRC. 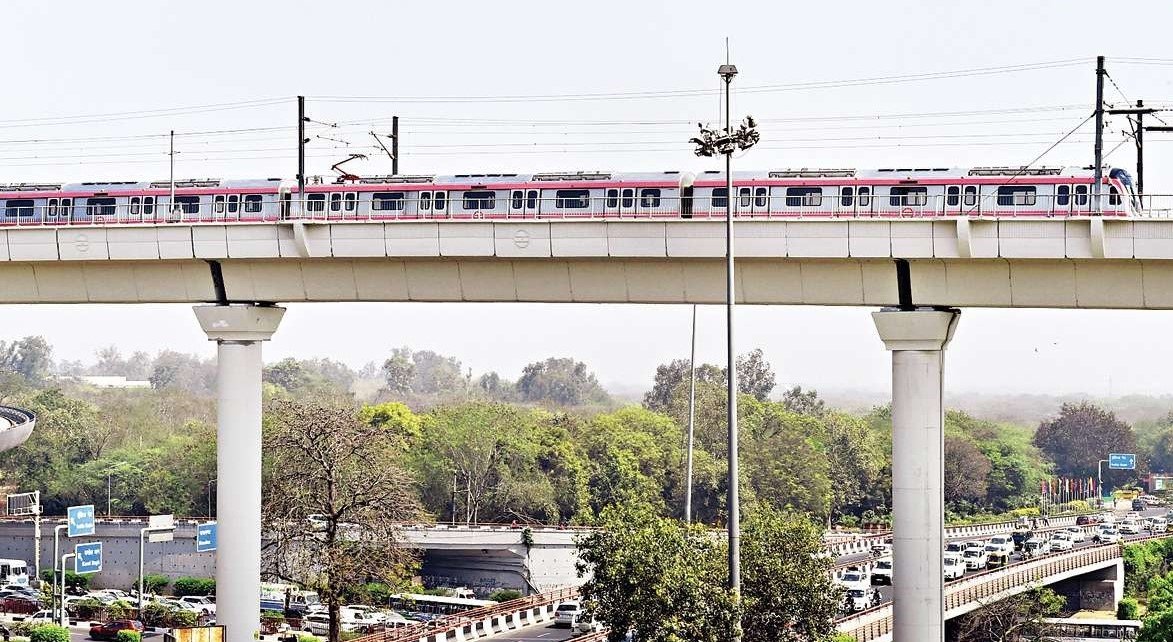 "The trips will be subsequently increased as the operational timing of services gets extended on September 11 and 12 with the opening of other Lines in a graded manner," it added.
The Blue Line is operational between Dwarka Sector 21 to Vaishali/Noida Electronic City and the Pink Line is operational between Shiv Vihar and Mukundpur Depot.
All the metro stations on these routes are taking the precautionary measure in the wake of COVID-19 pandemic. 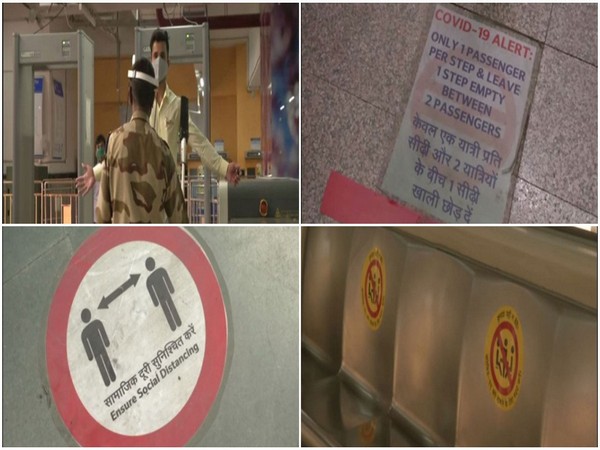 Speaking to ANI, Raj Kumar, a passenger on the Blue Line said, "It feels really good as I will be saving a lot of time while travelling by Metro."
On being asked about the safety measures amid COVID-19, Kumar said, "It is better than a taxi as it does not have enough space compared to Metro. I am taking precautionary measures like sanitising my hands and maintaining social distancing."
Another passenger, Vineet Pawar at one of the busiest metro stations in Delhi, Rajiv Chowk, said, "I will be travelling in the metro after six months. I did not plan to travel by metro today but as my bus did not arrive on time. I decided to take the metro."
Pawar said, "It looks like things are getting back to normal. Although I am not sure about the safety but work has to be done. Work has already been impacted due to COVID-19."
On Wednesday, DMRC resumed its services on the Blue Line and Pink Line as a part of Unlock 4.
The entire Metro network will be made operational for passengers throughout the day from September 12 as it was before March 22, 2020, with all social distancing norms and guidelines in place during the travel due to ongoing pandemic. (ANI)