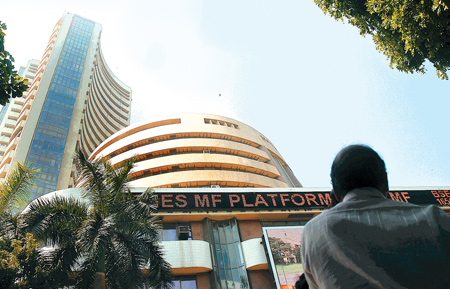 "The market has given a thumbs-up to the new finance minister (Manmohan Singh). The market is expecting a revival of the animal spirit in the economy and a reversal of the pessimism in the investment climate," says Rajan Shah, CIO at Angel Broking. He feels the mood in the market has changed on the expectation that after the presidential election, the government will be aggressive on reforms. He also thinks the government will open up foreign direct investment (FDI) in aviation, retail and insurance sectors. "If this happens, the Sensex will go beyond 19000," says Shah. He quickly adds that if no economic reforms happen within one month of the presidential election, the market will fizzle out.

On the BW Expert Index, 20 of the 28 stocks gained in June with Larsen & Toubro up over 19 per cent. Others that made a significant contribution to the rise of the index were Jain Irrigation (up 16.14 per cent), ICICI Bank (up 14.70 per cent), ITC (12.46 per cent) and HDFC Bank (up 11.37 per cent). The eight stocks that lost witnessed profit-booking after a sharp rise in the previous couple of months.

Going forward, a softer monetary policy in the West augurs well for markets such as India, but concerns over a monsoon deficit and its impact on inflation will continue to put pressure. Meanwhile, in the tug of war between risk on and risk-off, June saw risk appetite in favour of equities.