Biyani Calls For War Against Special FDI Status For E-commerce 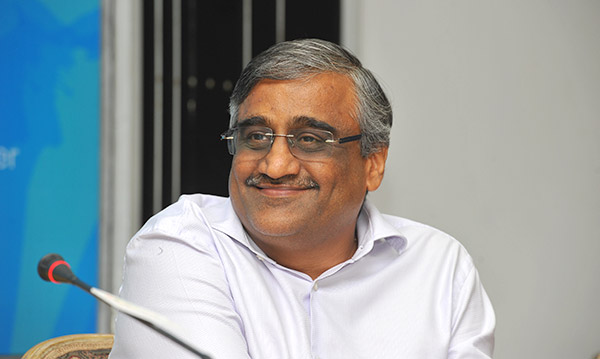 Govt wants to open up the economy to foreign chains at our expense, says Kishore Biyani

Retailers and brick-and-mortar chains are up in arms against what they believe is a ‘soft’ policy favouring e-commerce players. They perceive the BJP government intends to create a separate category of e-commerce or electronic retailing which will allow for 100 per cent foreign direct investment (FDI). This will not only mean disturbing the level playing field between retailers and e-commerce, but will also kill the multi-billion organised and unorganised retail industry, it is feared.  A strong delegation of retailers led by Future Group, Shoppers Stop and others will be meeting Commerce & Industries minister Nirmala Sitharaman on Wednesday  (8 July) in Delhi, where they expect to mount a strident opposition to these new FDI proposals.

“It is very clear that the government is determined to bring in 100 per cent FDI for e-tailers. They are just not listening. They want to open up the economy to all these foreign chains at our expense,” Kishore Biyani, CEO of the Rs 22,000-crore retailer Future Group told BW in an exclusive interview. “The government has shut its ears. It is going to be a long-term fight. It seems they have ears only for white skins,” Biyani thundered striding around his large Sobo Central office in Mumbai.

He described the differentiation being made for e-Commerce as ‘ridiculous’. “The government wants to create a special category of e-commerce defined as those who use electronic technology for trading. Don’t retailers like us use electronic technology to sell goods as well? Or, don’t e-tailing chains have a huge brick-and-mortar backend? So on what basis is the government favouring e-commerce as a special category?” Biyani asks rhetorically.

The Commerce Minister, under pressure from free-trade partner countries to open up e-commerce, has called for a fresh round of consultations on Wednesday with stakeholders representing both e-commerce companies as well as with high street sellers and other retailing chains. Industry bodies such as Ficci and CII are expected to attend, as well as big e-tailers such as Flipkart, Snapdeal and Amazon. The first round of consultations in May proved inconclusive as both traders’ organisations and the Retailers Association of India had boycotted the meeting.

Kishore Biyani, however, insists that the meeting called on Wednesday by Sitharaman is only in deference to a Delhi High Court order that has directed the government to give a hearing to the stakeholders, including the retailers who will be adversely affected if the law on FDI is changed. The current norms allow 100 per cent FDI in business-to-business or B2B e-commerce, but not in business-to-consumer or B2C companies that sell directly to consumers. On the other hand, brick-and-mortar retailing is allowed 51 per cent FDI.

“The court has taken a dim view of the government’s intent. We will fight it out if we are not given a proper hearing by the government,” Biyani said.

He said the e-tailing volumes of the likes of Flipkart and Snapdeal were currently based entirely on heavy discounting. “The thumb rule is: their losses are 30 to 40 per cent of their sale costs.” He said the current e-tailing model was based on the next round of investment, and if that did not come, the promoters would have to pack up.

“It is already happening. The promoters of Fab Furnishers have called it a day, leaving the private equity (PE) investors to run the company. That is the next big e-commerce story: the PEs taking over and running companies after the promoters have quit,” Biyani said, adding: “Only the top 2-3 in each category are going to survive.”

Giving a parting shot, the Future Group chief said: “The only model that will survive is one that does not sell at a discount. We do both-eTailing and retailing, but we don’t discount. Our costs are 16 percent of sales. The big eTailers cost model is 53 percent of sales. Their only disruption is the money coming in.”

The government is under huge pressure to open up the entire e-commerce sector to foreign investment in the free trade pacts it is negotiating with different countries, but the huge community of traders and retailers who have a mass base, are unlikely to keep quiet as they perceive 100 percent FDI as detrimental to their interests.