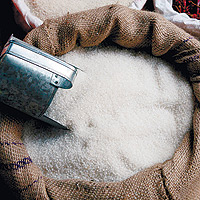 The discontent in the Congress over even partial sugar decontrol only highlights how politicians can't let go of a bad tradition. Many in the ruling party are worried the government is bargaining away its right to determine the quantity of sugar the millers can sell in the open market each month in exchange for a higher levy quota meant for the poor.

The protest is in the name of the consumer who, they say, will be subjected to extortion by the millers and traders. What they would not say is why sugar supply has fallen short of demand this year. The gains of 28 new sugar mills that came up in Uttar Pradesh between 2004 and 2007, thanks to 10 per cent capital subsidy and the promise of ethanol-riches, have been lost due to the staggered payment to the sugarcane farmers by the millers, whose own sales are staggered by the Free Sale Quota regime.

Also, the government's obsession with checking prices puts an artificial curb on farmers' gains from sugarcane crop. So, the farmers switch to other crops such as pulses and paddy. The only sustainable solution to the sugar volatility is to allow price to determine demand and production instead of meddling with supply and price of the available sugar.

Nobody dies for lack of cheap sugar.