New Delhi [India], November 24 (ANI): As the blockbuster movie Dhoom 2 clocked 14 years, actor Bipasha Basu on Tuesday reminisced about playing a double role in the film.
The 'Alone' actor shared a video reel announcing the 14-year anniversary of the film featuring some of the scenes from the action entertainer.
She complimented the video reel with a short note about the experience she had while preparing for the film. 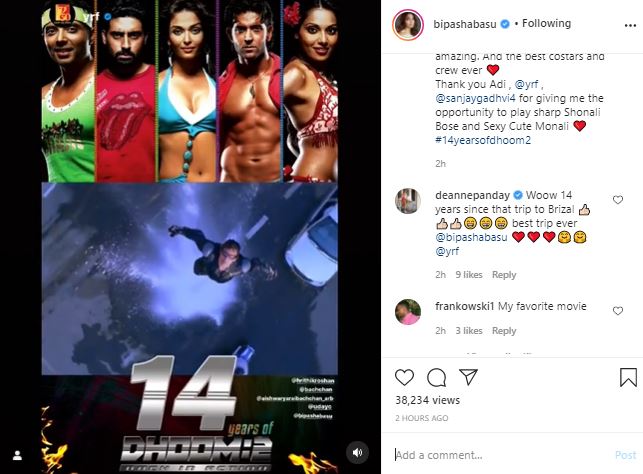 "I know everyone loved watching #dhoom2. The experience of prepping and shooting for this film was simply amazing. And the best co-stars and crew ever," the 41-year-old actor wrote with red heart emoticons.
She also extended her thanks to the makers of the film for giving her the opportunity to act in the film.
"Thank you Adi, @yrf, @sanjaygadhvi4 for giving me the opportunity to play sharp Shonali Bose and Sexy Cute Monali #14yearsofdhoom2," she added with heart emoticons.
The action-thriller directed by Sanjay Gadhvi, produced by Aditya Chopra under the banner Yash Raj Films starred Hrithik Roshan, Abhishek Bachchan, Aishwarya Rai, Bipasha Basu, and Uday Chopra in lead roles. The movie was released on November 24, 2006 and clocked 14 years on Tuesday. (ANI)