Jaipur (Rajasthan) [India], January 18 (ANI): Rajasthan Police has said that an interfaith wedding held in Bikaner was conducted with the consent of the girl, countering allegations by her family that she was coerced into marrying into a different religion and had accused the police of inaction.
"A couple got married in court, both have them have also recorded their statements in the Naya Shahr police station where the girl has presented her marriage documents. Both are adults and got married without any pressure. There is no love jihad in this. They stated that they were receiving threats to their lives. The girl's grandfather has also demanded security," Bikaner Superintendent of Police Preeti Chandra on Sunday told ANI.
After the wedding, acting upon concerns raised by the girl's grandfather, members of different outfits gathered at the Collectorate to oppose it. The delegation met the District Collector Namit Mehta and Superintendent of Police Preeti Chandra and withdrew protests only after they were assured of proper investigation and relevant action against the boy.
The District Collector Mehta said "They wanted to file a complaint and we told them that any complaints they have against persons related to the case, can be registered and an investigation into the same shall be carried out under the relevant sections of the prescribed laws. The delegation went satisfied after the meeting."
"The couple got married in court. Both of them have also recorded their statements in the Naya Shahar Police Station where the girl also presented her marriage documents. As per records they are adults and got married willingly without any pressure. This right is provided to them under the Indian Constitution. There is no angle of love jihad in this case. If the girl seeks security she will be protected. Both sides have raised concerns regarding their safety. The Muslim side has stated that they have a threat to their lives due to a campaign being carried out against them on social media and demanded security. On the other hand, the girl's grandfather has also demanded protection. We have instructed the concerned SHOs to investigate the matter", the SP told ANI. 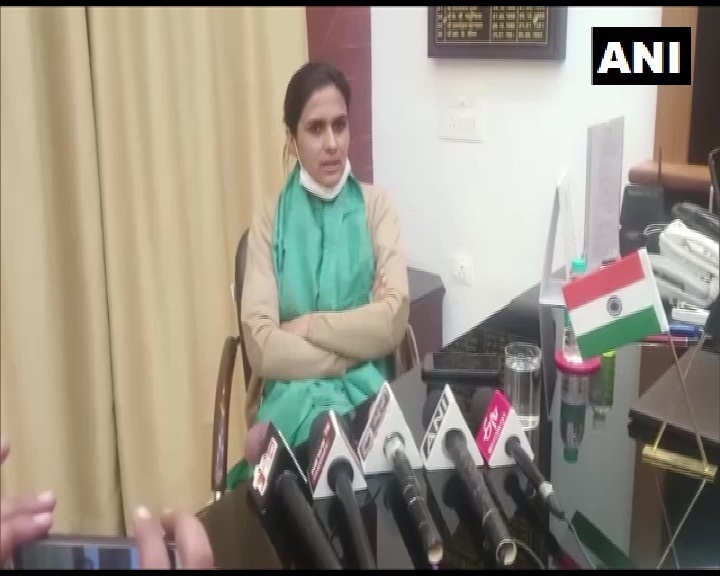 Many BJP-ruled states including Uttar Pradesh, Uttarakhand and Madhya Pradesh have brought up laws to check fraudulent religious conversions or 'Love Jihad' in their respective states, which has been met with criticism from opposition parties. (ANI)