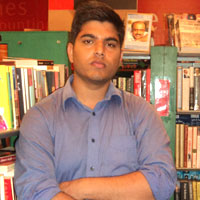 Once synonymous with the "land of opportunities", the outbreak of political corruption in the early 1990's saw Bihar fall from grace. Long periods of misrule based on casteist politics in the guise of social justice thwarted progress and development in the state. Post liberalisation, while other states were riding the high tide of growth, Bihar was wading through (political) inaction which defied growth aspirations that tolled and shambled its impressions outside. Between 1990 and 2004, Bihar suffered hardships more acutely than those revealed by any official statistics.

Due to strong political governance, Bihar had been one of the performing Indian states prior to 1990; it lost that edge in the next fifteen years. The process of recuperation began with the arrival of a thinking leader, Nitish Kumar, in 2005. He took charge of a state in ruins and made it thoroughly functional and even competent by boosting basic services such as infrastructure, law and order. This has had a radical impact and helped metamorphose the state's work culture positively.

Post independence, India's planned economy was single-mindedly shaped on an industrial policy targeted towards developing heavy industries near raw material supply centres along with creating an effective infrastructure network for mobilising the resources among different aimed destinations. An undivided Bihar, with its rich mineral base and close proximity to Kolkata for transport access, became an exciting hunting ground for large scale investments. The operations of Tata Iron and Steel Company (Tisco) in Jamshedpur and public sector units like SAIL in Bokaro testify to the positive prospects Bihar was offering. Despite the flaws of policies regarding traditional communities, new industrial cities such as Ranchi, Bokaro, Jamshedpur, Dhanbad and others came up under the changed policy atmosphere.

The pattern of industrial policy manoeuvrings in the initial five years plans significantly influenced the shaping of growth prospects in Bihar for the long run. Their impact was felt in three different ways. Firstly, the resource rich southern parts of Bihar, especially the regions of Chhota Nagpur emerged as the hub of industries. Secondly, over emphasis on heavy industries in South Bihar undermined any chances of developing agro-based industries in the naturally conducive Gangetic plane of northern region of the state. Consequently, the industries of southern Bihar failed to establish any significant interface with the minor industries located in North Bihar. In the absence of such strong linkages between south and North Bihar, the bifurcation of the state in the year 2000 (the creation of Jharkhand) came as a severe blow to the newly formed Bihar.

Moreover, the bifurcation resulted in some structural changes in the overall industrial pattern of Bihar. All big mineral based industrial houses were located in the new state of Jharkhand and very few large scale industries are left in post bifurcated Bihar. Thus,there have been no mineral based industries in the state and the industrial enterprises were bound to be restricted in lightweight segments such as agro-based, food processing, textiles, leather, wood and paper industries.

Despite this, macroeconomic overview on the economy of Bihar marked a significant increase in Gross State Domestic Product(GSDP) since the beginning of the last decade and during the second half of the decade. As per the Central Statistical Organization (CSO), the average annual growth of GSDP in Bihar has been robust at 8.5 per cent during the period 1999-00 to 2009-10 and more importantly in the second half of the decade. During the period from 2005-06 to 2009-10, the state income of Bihar grew at an impressive average annual growth of 10.9 per cent.

As a result, the economy of Bihar has undergone major structural changes during the last decade with the changes in composition of its GSDP between 2000-01 and 2009-10. The share of agriculture has declined from 38.8 per cent in 2000-01 to 20.8 per cent in 2009-10. On the other hand, the share of secondary sector increased from 10.7 per cent to 19.9 per cent and share of the service sector increased from 50.5 per cent to 59.4 per cent during the same time period. But the Per Capita Income (PCI), measured by the per capita net state domestic product at current prices, of Bihar remained abysmally low at Rs 13,663 compared to all India average of Rs 37,490 in 2008-09.

The fiscal front of the Bihar shows that the gross fiscal deficit ratio to GSDP is at 2.7 per cent in 2010-11 which is within the desirable Fiscal Responsibility and Budget Management (FRBM) target level. The revenue receipt/GSDP ratio is also at a comfortable level in Bihar at 28.1 per cent for 2010-11 and the state enjoys a revenue surplus as per the budget estimate of 2010-11. Bihar is among the top states when it comes to central transfer (CT). The 2010-11 budget shows a CT- GSDO ratio at 21 per cent. Even Bihar's expenditure pattern is very impressive as the state spends mostly under the heads of developmental expenditure, social service expenditure and capital outlay. Therefore, Bihar gives strongest fundamentals, which are considered essential for sizable investments; undoubtedly it has an undeniable edge on this in eastern side.

Micro, small and medium enterprises (MSMEs) have been playing major role in the economy of Bihar. 2000 onwards this trend has grown stronger. As on 2010-11, the state has about 183729 registered MSME units with a total investment of Rs 1,275 crores, which creates employment to about 6 lakh people. According to the fourth all India survey of micro, small and medium enterprises conducted in 2006-07 by Ministry of MSME, a total number of 71,435 enterprises were surveyed in Bihar. Out of these surveyed enterprises, 52,188 MSME units are operational. These operational units constitute more than 73 per cent of total number of enterprises surveyed in Bihar during 2006-07. The future growth of industry in Bihar will be continuing heavily propelled by MSMEs.

A FICCI- KAF (Konrad Adeneur Foundation) report has made wide-ranging recommendations for improving industrial growth in the state. The suggestions, based on industry's feedback on land allocation, power, labour, taxation, transport infrastructure, marketing, credit availability, technology upgradation and agri-led industrial development, were based on macroeconomic assessments.CII too has made recommendations for Bihar's industrial growth; interestingly a wide ranging policy convergence could be seen with the pragmatism of state government.

More than the availability of resources, Bihar's industrial saturation or deterioration was caused by the inaction of policy makers. With the upgradation of machinery and absence of subversive politics in Bihar the focus on growth is evident from  the signing of more than 176 Memorandum of Understanding (MoU) for major business deals. Nevertheless, rate of execution is still short of a satisfactory primarily because of the Centre's apathy to provide coal linkage for the critical needs of thermal power in the state. Despite north Bihar being a rich resource of water, hydroelectricity capacity of the state remains abysmal.

There is huge potential in the flood affected districts of Madhubani, Saharsa, Supaul, Sitamarhi,Purnea, Araria, Kishanganj, Katihar to be used as the cluster of hydroelectric generation through effective water management for commercial uses. This can help make Darbhanga a major industrial city in the north Bihar; with historical preeminence and excellent geographical location, this place deserves to retrieve its lost glory. A new vision with comprehensive action plans is needed to include Bihar's northern regions (Mithilanchal) in the proper growth framework. This will not only help in boosting entrepreneurship in these regions alone but across the state. Also a renewed negotiation with Nepal is need of this hour; Patna must be allowed to play bigger role in the future bilateral dialogues of India and Nepal.

Today Bihar presents the ideal high ground for attracting investments and business activities from both within and outside. Among the eastern states, Bihar has a clear lead for placing its claim for a new potential based on its immaculate governance and a regime of clean politics. Hitherto, it was never so persistently resonant and especially after one and a half decades of intense gloom, the new found optimism in Bihar is a 'pleasant end to a tragedy'. Under the sea of changes, the concentration of debate has shifted from 'parochialism to progressivism'. This gives big hope to industry becasue unlike Gujrat, in Bihar, both the politics and enterprise are rational and sustainable, so there is no longer any reason of industry's inhibitions to operationalise its activities in the state. The culture of coalition politics mars the unbiased functioning of the state, this is quite clear with the Centre's consistent apathy to assist the Bihar through special aides in last seven years. However, Bihar's growth agenda will not be compressed too much and the present sense of optimism should be maintained.

Atul Kumar Thakur works on policy issues. He can be reached at [email protected]m